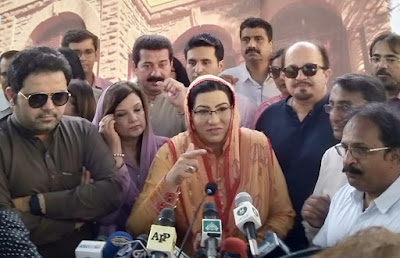 
The Federal Minister of Information & Broadcasting, Dr Firdous Ashiq Awan, during her visit to the Karachi Press Club (KPC on July 22, listened to the problems being faced by the media industry and the journalists’ community of the country.

The office-bearers of the KPC, PFUJ, KUJ and APNEC presented the cases of media persons particularly in Karachi and elsewhere in Sindh including retired employees of APP Karachi.

Two of the former Presidents of APP Employees Union Sindh, Ehsan Qureshi and Masood Sattar Khan, informed the Minister about non-payment of dues to retired employees since 2008, pension increase as announced by federal government, non-payment of medical bills and non-availability of medical facilities including hospitalization for retired and old employees whose outstanding services for this premier agency of Pakistan can be reckoned with. 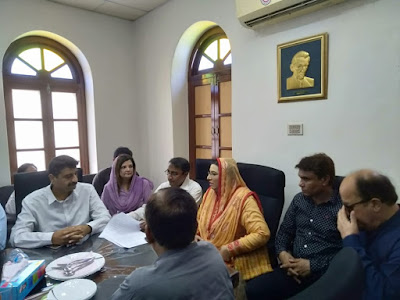 She was communicated that while millions of rupees were paid to current regular employees, the retired employees of APP Karachi and interior of Sindh were being totally ignored notwithstanding the financial conditions they were passing through.

The small delegation of the APP pensioners appealed to Dr.Firdous Ashiq Awan for justice for the golden old employees of the national news agency.

The Information Minister showed her utter surprise over non-payment of long standing dues of retired journalists of the APP. 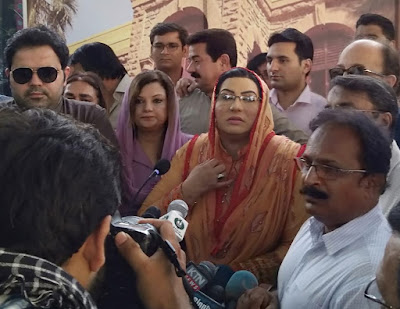 She told the media people that Prime Minister Imran Khan was most concerned about their well-being and desired to resolve all their problems.

The media persons present on the occasion were shocked to learn that the Federal Information Minister was being kept in the dark regarding the issues concerning the APP by officials of their own Ministry.

The APP, being the leading news agency of the country, has been the mouthpiece of the government all along and it’s one of the most important organs of the Federal Ministry of the Information and Broadcasting, now headed by Dr Firdous Ashiq Awan.
Posted by Chief Editor at 10:47 PM Links to this post