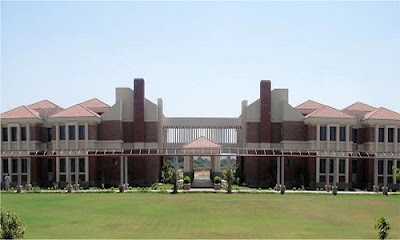 The Hub School, founded by the Jaffer Foundation and situated on the outskirts of Karachi, has started attracting the educationists from abroad and among the many, the noteworthy of them was Patricia Johnson, an Australian who is teaching about 8,000 Chinese in China.

Whilst Abdul Kader Jaffer, the current President of the Jaffer Foundation, a former Pakistan's High Commissioner to UK, was also the President of the English Speaking Union (ESU) for Pakistan, while Patricia was the ESU President for Australia and Queensland.

Talking to media at Hub School after a visit along with his husband, Patricia recalled that she had met Abdul Kader Jaffer met at many international conferences over the years and she admired him very much indeed.

She added that Pakistan had hosted an ESU Conference in 1997 and she was absolutely amazed at the hospitality, especially extended by Abdul Kader Jaffer himself. It was the most remarkable of any conference she attended, Patricia complimented. 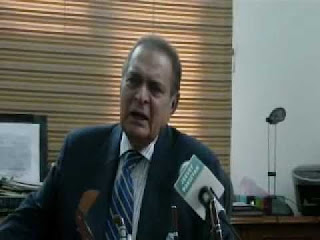 She also remembered her visit to Lahore, Islamabad and Moen Jo Daro, the 5,000 years old ancient city Referring to her visit to the school, she spoke about her meeting with the Principal, the Deputy Principal and the staff who thoroughly impressed her.

The school, although is at its early stage, had quite a good enrollment with not only paying students but also many on scholarships. Patricia appreciated the greenery developed around the school and said that while walking around the manicured lawns and pretty shrubs and glorious purple bougainvillea, she could not help but realize millions and millions of rupees have already been invested by the Jaffer family and generous friends and donors.

"What an exceptional gesture this is for the future of the young men and women of Pakistan,” she remarked adding that this school will be the leading and most successful school in the country due to the diligence and persistence of Abdul Kader Jaffer, a driven man, and his loyal and supportive board of trustees and staff, all on a mission to ensure this project comes to fruition to education generations of children for the future of their country.

Patricia said that she and her husband were thoroughly impressed and astounded that The Hub School has been built to emulate the English style of boarding schools in Karachi and was sure that the students from around the world will be on a waiting list in a few short years to attend.

"What will be a school breeding successful men and women in law, medicine, engineering, the military and government and indeed all walks of life,” she reckoned.

The all credit for this goes to Abdul Kader Jaffer who proved himself as a successful diplomat and businessman, having given many years to NGO’s and especially our ‘like-minded’ ESU.

Paying her compliments to Abdul Kader Jaffer, Patricia said he served his nation as an Ambassador for Pakistan in London. His home and office and The Hub School are adorned with his pictures and paintings with his famous father besides renowned dignitaries from all over the world. 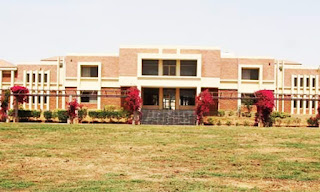 According to her, to return to Pakistan this time was amazing. There has been such a change and they were astounded by how much western influence there is and how many spectacular buildings there are.

"We were amazed that this huge project is just extraordinary! The Jaffer Family Foundation has donated 240 acres of land about an hour out of town and the school has been surrounded by a 10 ft high wired brick wall with security guards 24 hours a day to protect their students. The buildings are the latest and of the highest quality and everything has been planned meticulously,” he noted.

“There is quite a good enrollment at this early stage and we were pleased to hear that not only are there paying students but many on scholarships. The boys were quiet, polite, very well behaved and beautifully dressed in their white shirts and ties and khaki trousers. Lunch was delicious and served very professionally by well trained staff,” she continued.

"And this is Pakistan! An amazing place, even more impressive than it was last time I was in this lovely bustling fascinating country,” she observed in her concluding remarks adding that The Hub School was a very special project that they will follow with great interest and hope they can also contribute in some way to the success that it will obviously enjoy in the years ahead.
Posted by Chief Editor at 9:14 PM Links to this post