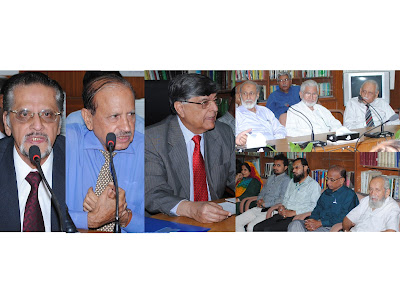 The eminent speakers paid glowing tributes to Liaquat Ali Khan, the first Prime Minister of Pakistan, and spoke on his life and achievements at a seminar organized by the Sir Syed University of Engineering and Technology (SSUET), Karachi, in connection with the observance of Liaquat Day.

Addressing the seminar, SSUET Chancellor, Engr Mohammad Adil Usman, observed that Liaquat Ali Khan truly inspired people with his strong character, firm conviction and unwavering determination. He had the ability to solve people’s problems and motivate them to national causes, he added.

He pointed out that the Sir Syed University, named after the great reformer and educationist Sir Syed Ahmed Khan, was specially observing the days of our national heroes and freedom fighters to recall and keep the younger generation posted of their services and infuse in them the spirit to work zealously for the country with positive approach and patriotic zeal.

In his speech, noted journalist and a former Sindh Information Minister, Agha Masood Hussain, remarked that Liaquat Ali Khan established the Pak-China friendship in 1951 just before his death because he knew that China was going to be a super power in future.

“During his visit to USA as Prime Minister of Pakistan, when Liaquat Ali Khan was asked by the American higher ups that what kind of help he needed from America, he said he only wanted Pakistan’s security, nothing else,” Agha Masood recalled and added that the late Premier was against the division of Bengal and Punjab because he had anticipated heavy massacre of Muslims.

Renowned scholar, Prof Dr Syed Muhammad Raza Kazmi, said that if Pakistan had not come to existence, the Muslims of South Asia would have been reciting Geeta instead of Holy Quran.

Mehfooz-un-Nabi Khan of the Quaid-e-Millat Memorial Society referred to Liaquat-Nehro pact and described it unique in the history in a way that diplomats of both the countries were allowed to visit affected areas to compose the report.

Former senior producer PTV, Nazir Channa, stated that Liaquat Ali Khan was not a leader, but a statesman. He stood for the solidarity of Pakistan and sacrificed his life for the country.
Posted by Chief Editor at 2:52 PM Links to this post 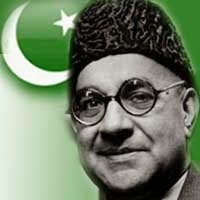 By Abdul Qadir Qureshi
(Pakistan News & Features Services)
Glowing tributes were paid to Shaheed-e-Millat Liaquat Ali Khan with speakers encompassing his life and achievements at a seminar organised by the Sir Syed University of Engineering & Technology (SSUET), Karachi, to observe the Liaquat Day on October 2.
Addressing the seminar, the SSUET Chancellor, Engr Mohammad Adil Usman, remarked that Nawab Liaquat Ali Khan truly inspired the Muslims of the sub-continent  with his strong character, firm conviction and unwavering determination and above all motivating them for national causes.
He recalled a speech of Shaheed-e-Millat of November 17, 1947 in Karachi in which he had stated that the portfolion of Prime Minister will have no value to him, if he ever knew that he could deliver better results as a peon and he will never hesitate to do it.
Nawab Liaquat Ali Khan, he observed,  presented the true face of Islam before the West, convincing them that that it is a religion of peace and brotherhood  promoting human values.
He quoted him saying that Islam doesn’t mean offering prayers only but a complete philosophy of life, providing guidance which is reflective through every action of a Muslim.
Chancellor Adil Usman told the gathering that when first Prime Minister of Pakistan, Liaquat Ali Khan, was assassinated his total bank assets stood at Rs 1,250. He had left behind huge valuable property in India but never claimed compensation  in Pakistan.
He informed that Liaquat Ali Khan was a graduate of the Aligarh Muslim University and he rose to prominence within Muslim League during the 1930s. He had the credit of persuading Quaid-e-Azam Mohammed Ali Jinnah to return to India from Britain which marked the beginning of the Muslim League's ascendancy and paved the way for Pakistan movement.
He went wholeheartedly with the Quaid-e-Azam in campaigning for the creation of a separate homeland for the Muslims of sub-continent.
Speaking on the occasion, General Secretary Quaid-e-Millat Memorial Society, Mahfooz un Nabi Khan, revealed that when Liaquat Ali Khan took over as Prime Minister he had no official residence, and stayed at the Haroon’s house.
Noted scholar Prof  Dr Waqar Ahmed Rizvi described Liaquat Ali Khan as a role model for our youth as a true successor of Quaid-e-Azam Mohammad Ali Jinnah.
Other speakers on the occasion included Dr  Mohammad Raza Kazmi, Col (Rtd) Akbar Yazdani and Nazir Ahmed Channa. 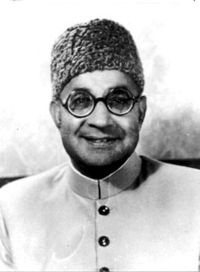 Glowing tributes were paid to ’s first Prime Minister Quaid-e-Millat Liaquat Ali Khan at a seminar held under the auspices of Sir Syed University of Engineering & Technology on the occasion of his 117th Birth Anniversary on October 3.

The speakers on the occasion shed light on the life of the great Liaquat Ali Khan and recounted his achievements during Pakistan Movement and after the creation of .

Addressing the seminar as chief guest, Engr Adil Usman, Vice-President, Aligarh Muslim University Old Boys Association (AMUOBA), observed that today we are living in an independent state with complete respect and dignity and which came into being as a result of historic struggle waged by leaders like Nawab Liaquat Ali Khan under the dynamic leadership of Quaid-e-Azam Mohammed Ali Jinnah.

“He fully supported the Quaid in his long and arduous journey which finally stood rewarded on August 14, 1947 when Pakstan appeared on the world map as a homeland for the Muslims of South Asia.

In his speech, Saeed Ahmed Siddiqi, a senior Aligarian now in his 90s, described Liaquat Ali Khan as a courageous leader and said that despite immense odds he refused to devalue ’s currency and presented three surplus budgets in a row.

Another speaker, Mehfooz-un-Nabi Khan, reckoned that the youth can bring about a revolutionary change in the society with commitment to the principles laid down by Liaquat Ali Khan and the ideology he pursued.