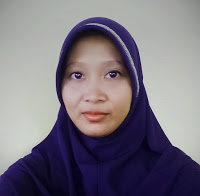 The joint teams continue to sweep, evacuate, search and rescue tsunami victims along the tsunami-affected areas in the Sunda Strait, Indonesia. Some of the areas that were previously difficult to access because of damaged road and covered by tsunami-washed material have been reached by the officers, vehicles and heavy equipments.

The National Agency for Disaster Management (BNPB) has warned that the potential of the Sunda Strait tsunami could still occur. This is because of the eruption of Anak Krakatoa volcano which continues to occur and can re-create underwater landslides that have caused the tsunami. 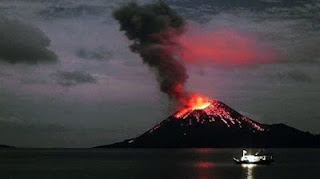 "The potential for aftershocks caused by underwater avalanches is still potential because eruption activities are still ongoing," the BNPB Head of Information and Public Relations Centre, Sutopo Purwo Nugroho, was quoted as saying.

The tsunami in the Sunda Strait occurred on December 22. This disaster affected the west coast of Banten and South Lampung. According to the BNPB release on December 25, the death toll had increased to 481. In addition, 1,485 people were injured, 154 were still missing, and 16,082 were displaced.

According to Sutopo, the eruption of Anak Krakatoa volcano has been going on since last June. 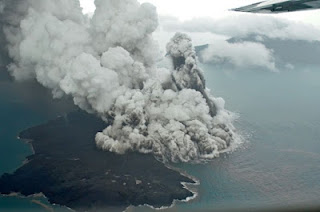 He disclosed that this volcanic eruption is of the strombolian type, which constantly throws incandescent lava and volcanic ash.

"The type is like that and a two kilometer radius from the top of the crater is declared a dangerous zone," he said.

The tsunami affected five districts, Pandeglang and Serang in Banten Province, as well as South Lampung Regency, Pesawaran and Tanggamus in Lampung Province.

The scientists, including those from Indonesia's Meteorology and Geophysics agency, have reckoned that tsunami could have been caused by landslides, either above ground or under water, on the steep slope of the erupting volcano.

A powerful quake on the island of Lombok killed 505 people in August while the tsunami and earthquake that hit Sulawesi in September killed more than 2100 people and thousands of people are still believed to be buried in neighborhood swallowed by a quake phenomenon known as liquefaction. 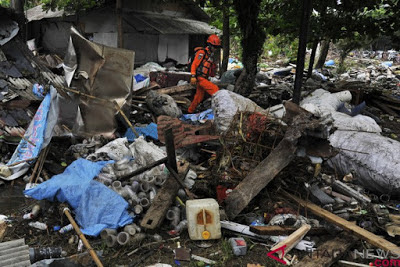 The tsunami on December 22, 2018 reminded many of the massive magnitude 9.1 earthquake that had hit Indonesia on December 26, 2004. It had spawned a giant tsunami off Sumatra Island, killing more than 230,000 people in a dozen countries, the majority in Indonesia.

Meanwhile in a separate place Acehnese held remembrance and prayer together at the Aceh Government Liaison Agency office in Jakarta early on December 26 to commemorate the 14th anniversary of the earthquake and tsunami that hit the coast of the Indian Ocean and devastated around 200 thousand lives in Aceh on December 26, 2004.

Posted by Chief Editor at 7:28 PM Links to this post