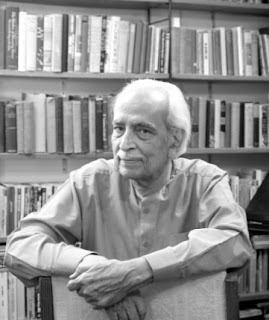 Various scholars highlighted the invaluable services of the great archivist and oral historian Lutfullah Khan at a Literary Reference organized by Pakistan Academy of Letter at Sir Syed University of Engineering and Technology (SSUET), Karachi.

The Reference, held to pay homage to great archivist and oral historian, Lutfullah Khan, was chaired by Engr Z A Nizami, Chancellor, SSUET.

Speaking on the occasion, Engr Nizami declared that Lutfullah Khan was a committed and devoted person who spent most of his life in the collection of voices of people from different walks of life.

He had a wide variety of voices like the speeches of Quaid-e-Azam Muhammad Ali Jinnah, Gandhi, Maulana Azad to the poetry of Faiz Ahmed Faiz, Noon Meem Rashid, Jigar Moradabad and further to the sermons of Maulana Ashraf Ali Thanvi.

He said that Lutfullah had some unique and extinct record of voices which no national institution could claim to have.

Engr Nizami offered full support on behalf of the SSUET in preserving the valuable and important record of voices with latest technology. “Preserved record of voices by Lutfullah Khan is in fact our preserved history,” he added.

In his speech Dr Muhammad Ali Siddiqui, an eminent critic said “we are a nation that tends to either distort history or give it a shape as we want to see it but the late Khan recorded the voices in its original form with complete honesty and sincerity.”

Khan was more senior broadcaster than Z.A. Bukhari and Pitras Bukhari, yet he was never been remembered as such. He claimed if any one is to listen to the material that Khan had recorded, one would require at least three and half years for that. He was able to save contemporary history to a great deal, he added.

Poet Fatima Hassan informed the audience that Lutfullah Khan had recorded more than 5000 voices in a very organized form with well maintained catalogues. He was a multifaceted man who entered the world of archives through his passion for classical music. However, it was being an archivist that overshadowed the rest of his talents.