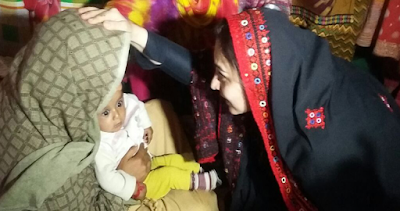 The State Minister and Chairperson, Benazir Income Support Programme (BISP) Marvi Memon visited the village of Baqa Dahiri in Sindh’s district of Shahdadpur where she offered condolence with the heirs of Siddique Dahiri and Raja Khaskheli who lost their lives in Sehwan suicide blast earlier in the week.

Talking to the media corps outside the residence of deceased Raja Khaskheli, the State Minister strongly condemned the suicide blast at the shrine of Hazrat Lal Shahbaz Qalanad and termed it a cowardly act of those who were playing with the lives of innocent people.

She remarked that the government of Prime Minister Nawaz Sharif had been engaged in combating terrorism with iron hand and soon the peace would be prevailed in all over the country. 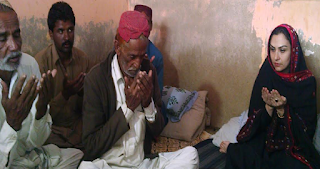 According to a media handout, a large number of teachers, officers, employees and students attended the reference.

The participants of the reference demanded of the government to take strict security measures to secure the devotees at all the Shrines, Mosques, Imam Bargahs and others prominent places throughout the county to avert any untoward incident.

Later, the participants also prayed for the security, integrity and peace of the country. They condemned the wave of recent terror attacks countrywide.
Posted by Chief Editor at 4:08 PM Links to this post 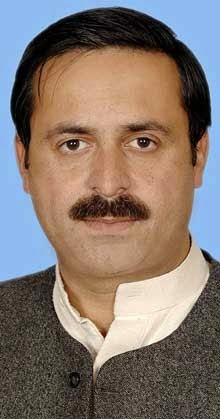 A group of young parliamentarians from the ruling Pakistan Muslim League (Nawaz) arrived in Changdu, the capital city of province, on April 21

MNA Mohammad Junaid Anwar Chaudhry is heading the delegation that included members of the national and provincial assemblies.

The delegation comprising two women MNAs including Marvi Memon, Chairperson of the Standing Committee of the National Assembly for Ministry of Information, Broadcasting and National Heritage and Mariyam Aurangzeb.

At , the visiting guests will inspect the party-building and the training of party officials school run by the ruling Communist Party of China. The plan also included addressing a seminar and a visit to Pakistan Study Centre.

The delegation’s schedule also included a visit to industrial parks and besides Giant Panda Preservation Centre. On the second leg of the tour of , the delegation will reach on April 24.

The people of have special love and affection for the Pakistani people as in 2008 when massive earthquake struck some counties of the province had provided large quantity of tents and also established a mobile hospital for the affected people.

President Hu Jintao also visited ’s mobile hospital and lauded the service of the doctors and paramedic staff deployed there.

At that time, photographs of a Pakistani C13 cargo plane carrying tents for the affected people and the crew inside the plane standing to pave way to accommodate maximum space touched the hearts of the Chinese people.