PM desires to see Karachi back to city of lights: Governor Sindh 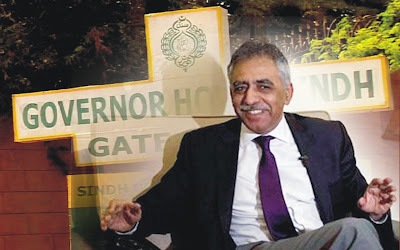 The Governor of Sindh, Mohammad Zubair, has vowed to promote an investor-friendly climate in Karachi in fulfillment of a desire by Prime Minister Nawaz Sharif who wants to see the country’s biggest city returning to its old image of the city of lights and the hub of commercial activity.

In a recent interview, the Governor outlined his vision to transform the violence-prone city and once again make it attractive for foreign and domestic investment.

“The Prime Minister has a desire to transform Karachi back to the city of lights and conducive to investments,” the Governor said and, citing PM directives, added that he would make all possible efforts to make the city an attractive destination for business activity.

Although, maintenance of law and order in provinces is the responsibility of the respective provincial governments, the governor stated that he would coordinate with the Chief Minister and the Director General Rangers to achieve this goal.

Responding to a question, the Governor stated that safety and security of common people is among the top priority of Prime Minister Nawaz Sharif, and his government is taking all measures to ensure that people enjoy all the basic amenities at their doorsteps without any discrimination. 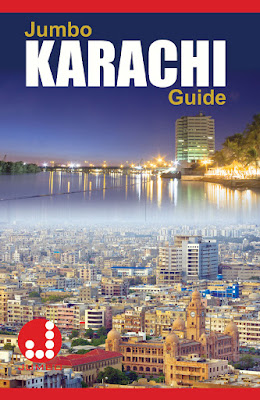 The Governor said that since taking over in 2013, Prime Minister Nawaz Sharif has focused his efforts to root out terrorism from the length and breadth of the country and is pursuing an ambitious agenda to eliminate poverty and economic deprivation for the common people.

“Economic prosperity will immensely contribute to achieving the goals of peace and development in the country,” he added.

To a question, Governor Mohammad Zubair said that as a result of determined efforts by Prime Minister Sharif to curb heinous crimes such as kidnapping for ransom, target killings and other terrorist activities have dropped to their lowest level as compared to what the government inherited in 2013.

He complimented IG Police Sindh and DG Rangers for their efforts to restore and maintain law and order and said that he will provide all possible help and support to eliminate crimes in the city and return its past glory.

Responding to another question, the Governor agreed that reduction in street crimes in Karachi has not achieved the desired level owing to the fact that police force lack in numbers to monitor the country’s most populous city, which is home to a diverse community.

“Karachi has the largest concentration of Afghan population in the world; there are people from all kinds of communities including Mohajirs, Baluch, Bengali, Punjabi and Pakhtuns” he said and added that Karachi police force is half the Lahore police force which has less population than Karachi.

He said that a large number of security forces are detailed with ministers, advisers, MPAs and other political party leaders, leaving it less policemen to deal with law and order and control petty street crimes. 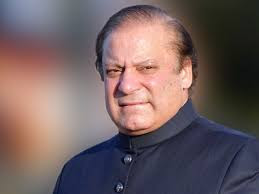 The Governor, who was overseeing the Privatization Commission before being appointed in the Sindh province, said that Pakistan of today is different from what it was in 2013.

“It has now been transformed into a new era of hope that promised economic development and prosperity for all.”

He said that the KSE has set new records and is among the world’s best performing stock markets in recent years.

The Governor stated that as a result of prudent government policies and fiscal reforms, the country’s economic growth which remained stagnant for years, is now back on an upward trajectory and has been duly acknowledged by international donors, including the World Bank and the International Monetary Fund.

He said that Prime Minister Nawaz Sharif has given special attention to Karachi, which is the country’s economic hub. The Governor was confident that the vision of the Prime Minister will make Karachi once again the city of lights where people lived in peace and prosperity. He expressed that the law and order will improve and goal of peace in the city will be realized soon.

Governor Mohammad Zubair thanked the Prime Minister for reposing confidence in him and giving him the opportunity to serve the people of Sindh.
Posted by Chief Editor at 6:17 PM Links to this post

PML-N not to enter into alliance with PPP, PMLQ: Nawaz Sharif 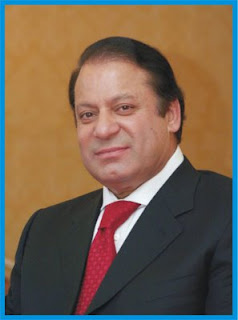 The Pakistan Muslim League, headed by former Prime Minister Mian Mohammad Nawaz Sharif, (PML-N) has decided not to enter into an alliance with PPP and PML-Q, nor will it make any seat adjustment with these two parties in the coming elections.

This was stated by the PML-N chief, Nawaz Sharif, in a recent interview in Lahore with Zahid Hameedi of MHz TV Network US. He, however, clarified that his party will consider seat adjustment with JUI-F and Jamaat-i-Islami in Khyber Pakhtoonkhwa.

Answering a question Nawaz Sharif said that the PPP government has not taken any step to solve the problem of the common man. Instead, it has indulged in large scale corruption and destroyed the national economy.

He said that after coming to power the PML-N government will give special attention to solve the energy crisis which has brought life to a stand still in the country.

For this purpose PML-N government will build small dams and set up gas fired power plants to provide electricity at reasonable rates to the people, Nawaz Sharif added.

He said that the PML-N has formulated plans to promote Information Technology and Technical and Vocational education at all levels which will help fight unemployment in the country.

“By promoting education we will be able to export trained manpower to the Middle East and other countries,” he said.

To another question the PML-N chief said that his party will also introduce reforms in the transport sector like mass transit system in order to provide cheap transportation to the public.

He said that the PPP government is openly defying the Supreme Court orders which show how serious it is about establishing the rule of law and constitution and democratic norms in the country.

“People are hankering for change and Inshallah the PML-N government will strive sincerely to improve the lot of the common people as in the past,” the former Prime Minister concluded.