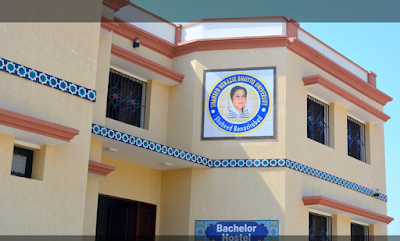 The Department of Business Administration, Shaheed Benazir Bhutto University (SBBU) organized a one-day seminar on the subject of project management at its campus in Nawabshah on April 24.

The seminar was aimed at creating greater awareness among the students of the department of Business Administration regarding business plans and projects.

Professors and scholars hailing from different parts of the country delivered lectures and presented research papers, discussing issues in relation to the seminar topic.

They explained that investment, time management, resources, area, target market and skilled human resources were equally important for a business project to succeed.

Department of Sindhi established at SBBU

Keeping in view the historic status of Sindhi language and its importance, use and expansion of language, the Shaheed Benazir Bhutto University (SBBU) in Nawabshah has established the department of Sindhi along with creation of required faculty.

The Vice Chancellor, Prof Dr Tayyaba Zareef, while congratulating the university faculty and staff members said that the SBBU was the first university where department of Sindhi has been introduced.

"We have to make efforts for the promotion of our mother tongue Sindhi,” she said, adding that establishment of such departments help in promotion and research on the language.

The SBBU Vice Chancellor said that these departments work and research on the creation of different topic and the work done by teachers, writers and poets.

She invited researchers to use their capabilities in the service of Sindhi language.
Posted by Chief Editor at 10:49 PM Links to this post 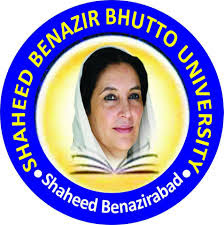 The two-day Basant festival, organized by the final year male and female students of the Information and Technology department of the Shaheed Benazir Bhutto University (SBBU) to welcome spring season ended on March 12.

The students staged Balochi, Sindh and Punjabi dances on the drumbeat and chanted slogans of BO Kata during kite flying competition. They welcomed the guests coming to their stalls and briefed them about the festival.

On the other side students of Information and Technology Department highlighted the culture by wearing Balochi and Sindhi Paghdi.

The Basant festival, for a change, ended with Qawali sessions instead of musical programme.

Addressing the gathering, Vice Chancellor Prof Dr Tayyaba Zareef remarked that it’s the university manifesto to take along all with love and cultural ethics.

She observed that the students of the SBBU were instrumental in spreading the message of love far and wide.

“Our students care for each other, which has boosted their own confidence and built a very cordial atmosphere at the campus,” she reckoned.

“The SBBU students have clinched positions and distinguished themselves in all areas and I hope that they will continue doing so. Promoting our culture and spreading of peace, love, good manners and best education would last for life,” she added.
Posted by Chief Editor at 10:30 PM Links to this post

Sindh Education Minister, Syed Sardar Ali Shah, expressed his pleasure over the fact that the girls in the province of Sindh were advancing in the field of education and holding positions which was the dream of Benazir Bhutto.

He criticized the ruling party at the centre, Pakistam Tehrik-e-Insaf (PTI), accusing them of carrying out actions against its political opponents.

“The PTI should be renamed as Tehrik-e-Inteqam. Accountability should be held for all but revenge under the cover of accountability would not be acceptable,”

He thanked Prime Minister Imran Khan for having recently visited Thar and remembering its people.

He recalled that Foreign Minister Shah Mahmood Qureshi contested several times from Thar constituency but did nothing for the welfare of Thar people except collecting ‘Nazrana" from his followers there.

To a question, the Minister described a report regarding closed schools in Sindh as an old one and said that he would release a verified report in next ten days in this regard. 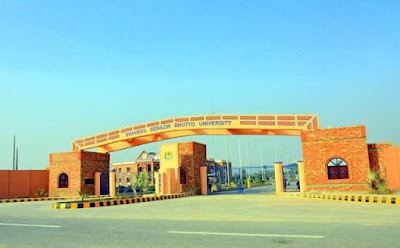 He added that it was during the tenure of Junejo government when teachers were inducted and schools were constructed on political grounds.

“Such teachers were employed who lacked required capabilities to teach student while more than one schools were constructed in many villages despite the fact that number of students was low there. Such people were employed as teacher who had no ability to get any other job,” the Minister asserted.
He told a questioner that the government employees were barred to do media jobs and action would be initiated against such teachers violating laws and not discharging duty as teacher.

He showed ignorance about the occupation of Nawabshah Press Club by government employees involved in journalism and said that action would initiated against such persons in the light of inquiry.
The Minister stated that educational institutions were set up in the name of Shaheed Benazir Bhutto in Sindh to pay tribute to the great leader.