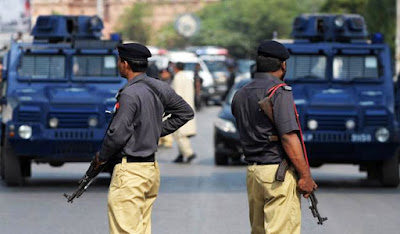 The Police of different police stations of District Shaheed Benazirabad, on the directives of SSP Tanvir Tunio, raided various places and arrested 10 culprits following recovery of drugs and illegal arms and ammunition and registered cases against them.

In this regard Kazi Ahmed Police arrested accused Ayub Khoso and recovered 1.1 kilogram of charas.

During checking at Shahdadpor road, the Gupchani police arrested accused Abdullah son of Abdul Aziz and recovered a pistol with bullets.

The Sakrand Police raised a distilled liquor factory near Teen Ghat and recovered large quantity of raw liquor. The operator of factory, however, managed to escape.
Posted by Chief Editor at 10:27 PM Links to this post 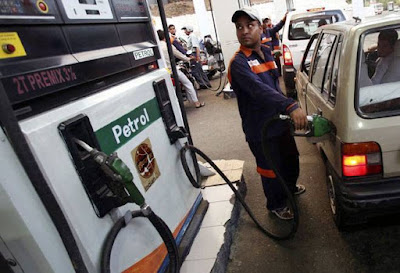 Additional Deputy Commissioner Tariq Ali has been tasked as Focal Person to coordinate with the team of Collector Modern Custom Collectorate to take action against those involved in the sale of illegal and sub-standard oil in the district and carry out raids against such petrol pumps and petrol agencies functioning in other parts, towns and places of the district.

It is a well-known fact that majority of sellers are openly selling smuggled Iranian petrol. Earlier sometime back, Assistant Commissioner had raided and sealed ten petrol pumps involved in the sale of sub-standard petrol.

However further action was stopped on the threat of traders to resort to strike against the action. The citizens complained that contaminated oil was the main cause of damaging the engines of their vehicles and it required strict action to prevent the sale of sub-standard oil.
Posted by Chief Editor at 12:27 PM Links to this post 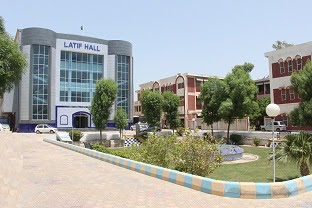 The Divisional Commissioner Shaheed Benazirabad, Mirza Nasir Ali, has set up Divisional Control Room in the wake of prevailing situation in the country.

The Additional Commissioner-2 Shaheed Benazirabad, MuhammadYousuf Abbasi, has been assigned the charge as head of the Divisional Control Room that would remain in contact with all the control rooms set up in the division.