The last seven decades have been witnessing the transformation of the basic characteristic of Pakistan from rural to an urban country. Since independence in 1947, the population of Pakistan has shown phenomenal upward trend. In 2020, the figure has reached over 200 million people within the boundaries of the country. 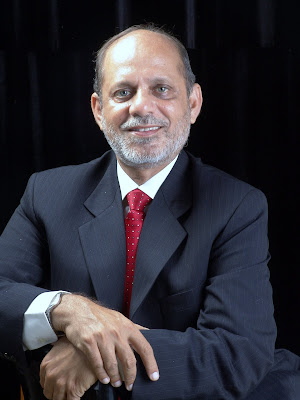 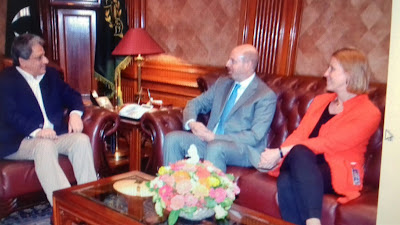 The Governor of Sindh, Dr Ishrat-ul-Ebad Khan has reckoned that peace has been fast restored in Pakistan particularly in Karachi due to Zarb-e-Azb and the Sindh government was endeavoring to further strengthen the law and order situation and the forces and political leadership were acting under short middle term and long term plans in this regard.

He said that foreign investors can take full benefit of restoration of law and order and in order to eliminate poverty and elimination of factors through which crimes come up.

He asserted that targeted operation against terrorists, target killers, extortionists and criminals involved in kidnapping for ransom would continue till complete elimination of crimes from the province particularly from Karachi. 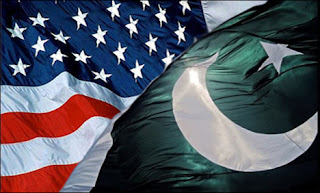 He said that military and political leadership in this regards are on one page and altogether to end all types of crimes from the country. He pointed out that there is no doubt that democracy is the only solution to resolve public issues but the continuance of democracy is that the act of accountability should continue ob permanent basis.

He said that very attractive sectors in Pakistan and Sindh Province are present for foreign investment. He said that America has extended help in many sectors of Pakistan for which Pakistani people are thankful to American people.

He said that American investors can take much benefit of best investment in score of appropriate sectors in Pakistan and Sindh.

The Governor said that America under the US AID program has commenced score of projects of public welfare, which include Institute of Health Sciences at Jacobabad, gynea ward at Jinnah Hospital Karachi and projects of health and education those are seen by public with appreciable sight. 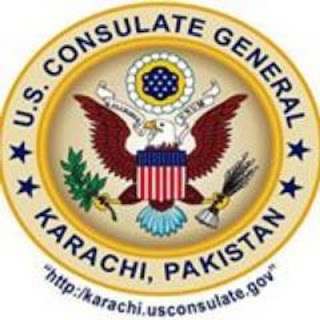 The US Counsel General Brian Heath said that Sindh Province has vast opportunities and it require attention to take benefit and American investors are diverting in this regard.

He said that during his posting he worked for the strengthening of Pak-America relationship and strengthening Pakistan financially and economically and would continue to do so in future also.

He said that during his posting at Karachi he received love and affection, the people were caring, and he never felt that he was out of America.

The newly posted Counsel General Grace Shelton expressing views said that she would endeavour to further strengthen the relations between America and Pakistan.

She said that it's her desire to attract the foreigner investors to invest in Pakistan especially in Sindh Province, adding  that the cooperation of Governor in this regard would be beneficial. The Sindh Governor extended his full cooperation to Counsel General in this regard.
Posted by Chief Editor at 4:40 PM Links to this post

Motorcycles distributed to vaccinators in Mirpurkhas 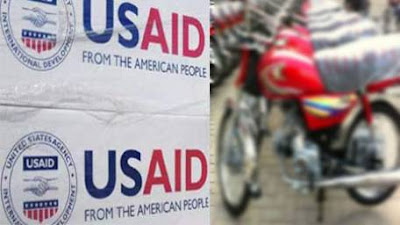 
The government of Sindh is spending a substantial part of its budget on the betterment of health sector but there are little or no signs of improvement in this particular sector.
This was stated by MPA Khairunissa Mughal while addressing on the occasion of distribution of motorcycles to vaccinators at DHO Office in cooperation with the USAID in Mirpurkhas.
She regretted that the percentage of protective vaccination in urban areas was 29% while in rural areas it was 14%, which should have been 100%.
She said that government was taking practical steps to bring improvement in the sectors of education and health. She advised the vaccinators to discharge their duty with the sense of responsibility. She directed the officials of health department to keep an eye on the working of vaccinators and suspended them if found negligent in duty.
Addressing the occasion Depauty Commissioner, Rasheed Ahmed Zardari, said that District Health Department was giving special attention on the betterment of health department.
The USAID Programme Manager for Mother and Child Health, Dr Duleep Kumar, said that 550 motorcycles are distributed among vaccinators of 15 districts of Sindh by USAID in order to complete the vaccination task by 100%. District Health Officer Dr Ghulam Ghous Khan, doctors and vaccinators were present on the occasion.
Posted by Chief Editor at 11:43 AM