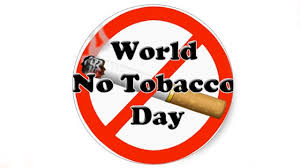 The renowned physicians working in major hospitals of Pakistan have sent a letter to Prime Minister Nawaz Sharif, raising serious concerns on the growing tobacco epidemic in the country.

“Cigarette smoking kills more than 100,000 people every year in the country. This death toll is far greater in number than total deaths taking place as a result of suicidal bombings, traffic accidents and crime related killings,” Prof Javaid Khan, Chair. National Alliance for Tobacco Control and Professor of Medicine at the Aga Khan University (AKU), Karachi, submitted in the petition.

“We, the doctors, see the victims of tobacco every day in their clinical practice and are very concerned on the growing mortality and morbidity due to tobacco use in the country,” he remarked.

Prof Javaid Khan warned that failure to control tobacco use in the country would be a health and economic disaster for the country. “Tobacco use increases the risk of heart attacks, hypertension, stroke, various lung diseases and twenty different types of cancers,” he explained.

Elaborating on the impact of tobacco on Pakistan's economy he said that Pakistanis spent over Rs. 260 billion on over 64 billion cigarettes in the year 2015 alone. 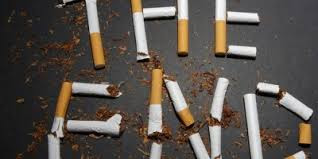 “Equal if not more amount was spent on consuming smokeless tobacco in the form of paan, naswar and gutka. Huge sum of Pakistan's foreign exchange is spent in importing medicines for treating diseases caused by tobacco. Tobacco control measures would help in improving the country's economy,” he reckoned.

The petition demanded that the ‘Prohibition of Smoking and Protection of non-smoker's Health Ordinance of 2002’ should be strictly enforced in order to control tobacco epidemic in the country.

The doctors urged that all public places and public transport should be made completely smoke free in order to protect the health of non-smokers.

The petition also advised the government to increase the taxation on cigarette in the forthcoming budget as at present cigarette prices in the country are lowest in the region.

They claimed that according to World Bank research increasing the tax by 10 percent, tobacco consumption in the country can be reduced by 11 percent. 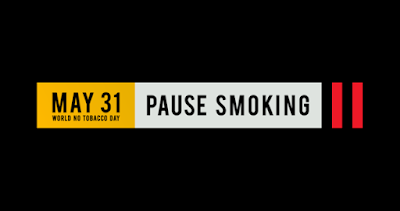 The doctors also raised their concern that despite of law which prohibited the sale of tobacco products to Under-18 age group no shopkeeper has ever been punished in Pakistan for selling cigarettes to minor.

The doctors regretted that in spite of the fact that tobacco is responsible for almost 50% of all cancer cases in the country, yet smoking is still being advertised in the country at the point of sale. Also, it is portrayed through TV drama serials as a pleasurable, cool, glamorous and an adventurous act.

The petition demanded a comprehensive ban on all forms of tobacco advertising and sponsorship in the country. The physicians also appealed that all universities and colleges must be made smoking-free zones in order to discourage youth from taking up this addiction, suggesting that there should be no tobacco vendors/shops allowed within walking distance of schools, colleges or universities.
Posted by Chief Editor at 4:09 PM Links to this post