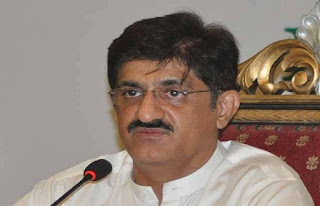 The Association of Consulting Engineers Pakistan (ACEP), a representative body of consulting engineers, which also represents the country at international level as being a member of International Federation of National Association of Consulting Engineers (FIDIC), has extended its profound felicitations to Engr Syed Murad Ali Shah for having taken over the office of Chief Minister of Sindh.

In a letter of felicitation, the ACEP said that it’s a matter of pride for all of us, structural engineers in particular, that he, being a from engineers' community, an NEDIAN, having done Masters in Structural Engineering, has been inducted into the coveted office of Chief Minister of the province of Sindh.

"We firmly believe that you being an NEDIAN will fully demonstrate your capabilities and exploit the Allah-given opportunity to serve Sindh and its people".

The ACEP wished him a successful tenure hoping that his dynamic personality and the ability of working hard will surely steer him to higher positions in his political career.

The ACEP prayed that may Allah shower His blessings upon him and give him the courage to serve the down trodden people with all determination at his command in general and the engineering community in particular.

In its letter to the Chief Minister, the ACEP pointed out that it has some suggestions for the betterment of engineering community and hoped that he will take some time out from his busy schedule for a meeting with the Association's delegation comprising the senior consulting engineers.

The ACEP extended its full technical support to Engr Murad Ali Shah in the development sector keeping the welfare of people of Sindh in view.
Posted by Chief Editor at 8:39 PM Links to this post