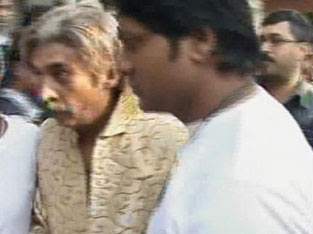 A prominent Karachi based Pakistani television and stage actor Shakeel Siddiqui was beaten up by some Indian fundamentalist elements in Mumbai on Wednesday, Geo T.V reported.

Famous comedian Shakeel was expected to perform in the famous show ‘Comedy Circus’. For that purpose he was staying in Mumbai, but it seems a group of thugs belonging to Nationalist/fundamentalist Indian mindset has badly beaten the terrific comedian. At the moment it seems a horrible news, as Shakeel has been a famous person in India and was a source of bringing joy to million of faces all across the sub-continent.

It will be interesting to see how this story unfolds and how it would affect the media relations between both the countries. Ghajini is just released in Pakistan after a slight delay and this horrific news is going to further affect the constant deteriorating situation between the two nuclear Nations.
Posted by Chief Editor at 12:23 PM No comments: Links to this post