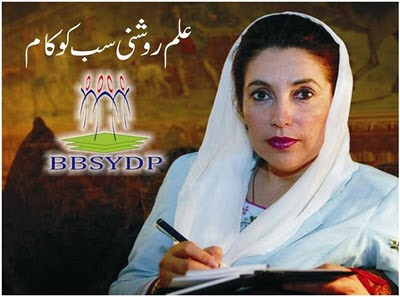 An extensive five month Cricket Coaches course to train and prepare the coaches from interior Sindh and Karachi was inaugurated at PCB Regional Academy Auditorium here on Monday.
Sindh Secretary Sports and Youth Affairs, Shoaib Ahmed Siddiqui inaugurated the course which is being attended by 20 participants including four women. Sindh Sports and Youth Affairs Department is conducting the programme under Shaheed Benazir Bhutto Youth Development programme in collaboration with Pakistan Cricket Board (PCB). PCB Head Youth Development Haroon Rasheed with expert Ali Zia and Shahid Aslam of National Cricket Academy are jointly conducting the course.
Posted by Chief Editor at 10:17 PM Links to this post 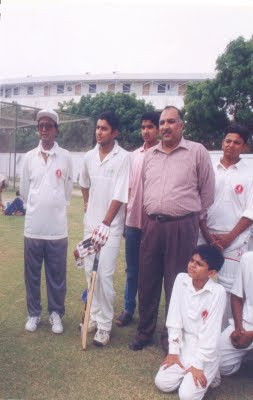 By Syed Khalid Mahmood
Ahmed Mustafa is one of the very few persons to richly deserve the ICC centenary medal awarded upon the recommendation of the Pakistan Cricket Board (PCB). He happens to be one of the winners of the medal to be presented by the International Cricket Council (ICC) to 1000 special volunteers from all over the world in recognition for their contribution to the sport.

Ahmed Mustafa is certainly one of those people having dedicated their lifetime to develop the game at the grassroots and nurture the stars of the future. He’s credited to have produced three Test cricketers, Azam Khan, Faisal Iqbal and Owais Shah, who had not even entered their teens at the time of joining his Cricket Coaching Centre (CCC).

The CCC, his labour of love, has helped many other kids fulfill their ambition of playing first-class cricket. The likes of Ali Hussain Rizvi, Mohammad Masroor, Saad Wasim, Mohammad Javed, Maisam Hasnain and Fahad Iqbal had to be grateful to the training they received at the CCC to build their career.

Ahmed Mustafa himself was an aggressive top-order batsman who was not afraid to attack the bowling in an era when the occupation of crease used to be the name of the game. He was one of the contemporaries of the great Hanif Mohammad, whose batting technique was second to none.

Having played for Karachi and made quite an impression, he narrowly missed getting the Pakistan cap because of a tragic road accident. He was in contention for a slot in the national squad when the motorcycle he was riding crashed into a heavy vehicle that caused serious damage to his legs.

He remained associated with the game all along and created a sensation by founding the first-ever cricket academy of the country by the name of Cricket Coaching Centre (CCC) in July 1987.

What a great service to the game he did by having established the CCC! The boys from all over Karachi rushed in to avail the opportunity. Ahmed Mustafa set tough guidelines for selecting the boys for grooming and training. He didn’t believe in doing it for the purpose of public relations. Neither did he approve the idea of making money from coaching as all the services at the CCC were provided free of cost to the trainees.

The CCC has completed two decades of its existence. In fact it has been there for more than 22 years now. Its silver jubilee is not very far away. Ahmed Mustafa has managed to keep the institution afloat, with the support of his like-minded friends, despite the heaviest of odds.

Although laid low by his deteriorating health during the last couple of years, he has still been working with missionary zeal to contribute his bit in the cricket development by running the CCC with limited resources at his disposal.

Quite a few coaching academies have come into prominence in the recent past but it’s the CCC, founded by Ahmed Mustafa, meriting special mention for having pioneered the idea.
Posted by Chief Editor at 7:38 PM No comments: Links to this post