The newly elected President of the Aligarh Muslim University Old Boys Association (AMUOBA)  Engr Muhammad Adil Usman has taken over as  the Chancellor of the Sir Syed University of Engineering and Technology (SSUET), Karachi, on April 8.

Engr Adil Usman, having graduated from the Aligarh Muslim University in the discipline of electrical engineering in 1968, is the Chief Executive of the Associated Technical Consultants, a renowned engineering consulting firm.

He has been taking active interest in the promotion of technical education in Pakistan besides his other social sector engagements. He is the founder member of the SSUET having been a member of the Board of Governors for the last many years.

He has actively contributed in social and professional bodies. He has been a member of the Executive Committee of Pakistan Engineering Council (PEC) for two consecutive terms, 1991-93 and 1994-96. He was the Convener of the PEC Consulting Engineers Regulation Committee in 1996.

He was elected as the Honorary Secretary of the Association of Consulting Engineers, Pakistan for the term of 1999-2001 and worked on National and International level for furtherance the cause of the engineering community in Pakistan.

Engr Adil Usman has attended numerous technical seminars held in Pakistan and abroad having presented a large number of technical papers many of whom have also been published in the reputed international journals.

He has been involved in research projects related to introducing viable sources of renewable energy in the Pakistani market, one of which was the local design and fabrication of a bio-diesel production plant. 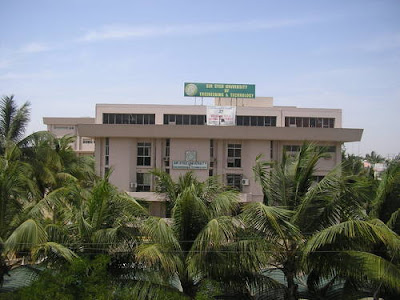 The Sir Syed University of Engineering and Technology (SSUET), Karachi, will remain closed on April 8 and 9 in mourning of the sad demise of its founding Chancellor and President of the Aligarh Muslim University Old Boys Association (AMUOBA), Engr Z A Nizami, who passed away on April 7.

An announcement in this regard was made by Registrar Shah Mahmood Hussain Syed at a condolence meeting held at the University’s  Bashir A. Malik Auditorium  under the chairmanship of newly elected President AMUOBA and Chancellor SSUET, Engr Adil Usman.

The meeting was largely attended, among others, by Vice-Chancellor Prof Dr Jawaid H. Rizvi, senior faculty members, teaching and non-teaching staff besides the members of AMUOBA.

On the occasion homage was paid to late Engr Z A Nizami for his educational and social services spanning decades. Dua-e-Maghfirat was offered and it was prayed to rest the departed soul in eternal peace.

It was also announced that the soyem will be held on April 9 between Asr and Maghrib prayers at the residence of late Chancellor Nizami in Clifton.
Posted by Chief Editor at 11:07 AM