By Abdul Qadir Qureshi
(Pakistan News & Features Services)
Despite being a relatively young institution, the Aga Khan University Examination Board (AKU-EB) has repeatedly proved that its students are capable of attaining success by virtue of the quality education that they receive during their secondary school education.
While their annual results and internal student accomplishments have been a source of pride for them, this year’s May 2017 results for both their Secondary School Certificate (SSC) and Higher Secondary School Certificate (HSSC) examinations were also accompanied by a sense of both vindication and triumph due to the positive validation that AKU-EB has attained from external sources.
The overall pass rate for Year I and Year II SSC students came out at 85.7 per cent and 90.6 percent, respectively. Furthermore, 69.4 percent of Year I students and 81.2 percent of Year II students scored at or above 60 percent across all of their examinations.
Their SSC Year II High Achievers were all girls, with first position belonging to Fizza Rubab of PECHS Girls’ School. Fizza attained an impressive 1037 out of 1100 total marks, i.e. a total of 94.27 percent across all her exams, and a grade of A-1.

“This came as a huge surprise to me and I am immensely grateful to my school, teachers, friends and family for the support, encouragement and prayers throughout the year. The style of AKU-EB made it possible to achieve this position. Under this marvelous board, we are focused and precise unlike the style of conventional study practiced in Pakistan,” Fizza, one of the high achievers, remarked.
In second place, Samreen Raja of Nusrat Jehan Academy Girls High School obtained 1029 out of 1100 marks, scoring 93.54 percent. In third place, Shamsa from Aga Khan School, Garden, attained 1027 out of 1100 marks and scored 93.36 percent.
Continuing a trend of strong academic foundations, the pass rates for Year I and Year II HSSC candidates was tallied as being 87.9 percent and 87.8 percent respectively.
In addition, 72.7 percent Year I candidates and 75.2 percent Year II candidates scored 60 percent or above across all of their examinations. As with this year’s SSC results, female candidates proved themselves at the higher end of scores, with all of our top three overall positions belonging to women.
Mariam Sajjad from the Aga Khan Higher Secondary School, Karimabad, Karachi, obtained first position by scoring 1050 out of 1100 total marks (95.45 percent) across her HSSC examinations.
“I feel on top of the world. I can't express my feelings in words; it feels great to see your hard work pay off. Studying with AKU-EB infused a sense of curiosity and a thirst for knowledge, which helped broaden my horizons. My advice to current and future AKU-EB students is that even if the path seems tough, don't stop because once you reach your destination, you will realize that all the hard work was totally worth it,” Mariam stated.
Urooj Usmani, also from the Aga Khan Higher Secondary School, Karimabad, Karachi, scored 1028 out of 1100 (93.45 percent) which earned her second place. Finally, Nusrat Jahan College’s Muqaddas Alvi came third in the national average by obtaining 1022 out of 1100 marks and a 92.90 percent score.
Shahina Aliraza, Principal of the Aga Khan Higher Secondary School, Karimabad, had good cause to celebrate.
“I am feeling delighted and ecstatic on our students’ remarkable achievement both 1st and 2nd position in Pakistan. The AKU-EB students, as compared to other Boards, are more confident and critically conscious. They are the kind of learners who always strive to reach and explore their potential,” she reckoned.
“AKU-EB students consistently perform better in University Entrance Tests, as demonstrated by the fact that 90 per cent of our 2015 HSSC graduates received admission to various universities. This is also reaffirmed by a recent study conducted by a national body on examination quality and standardization, which found that students from AKU-EB are more likely to perform better on University Entrance Tests as compared to other examination boards,” AKU-EB's Director Dr Shehzad Jeeva noted.
“My heartiest congratulations to the successful students of the AKU-EB. I am sure their strong educational foundation will lead them to greater successes in life. It is only through perseverance and determination that they can achieve their goals,” Dr Naveed Yousuf, Associate Director of Assessment, added.
Posted by Chief Editor at 5:17 PM Links to this post 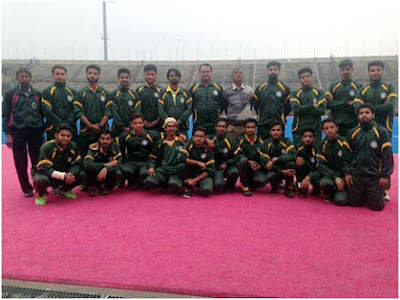 The sports activities at the Sir Syed University of Engineering and Technology (SSUET), Karachi, have remained an integral part of the schedule of their working since its establishment.

These activities have been taking place in accordance with the Aligarh spirit. The SSUET has laid great emphasis on physical fitness for the development of student‘s personality. Recently a chronicle of the activities of the SSUET students during the past couple of years in the field of sports has been compiled which documents their recent glories.

According to the report, the SSUET achieved twin success in the IBA Sports Gala 2016-17 where its students won the cricket as well as the football tournaments. Then the SSUET secured first position in the qualifying rounds of the HEC All Pakistan Inter-Varsity Volleyball Championship 2016-17 while they made to the quarter-finals of the main event.

The SSUET emerged victorious in the HEC Inter-Varsity Hockey Championship 2016-17 as the edged out University of Karachi by a solitary goal in the final after having overpowered Iqra University 3-1 in the semifinals.

They, however, lost to Punjab University in the quarter-finals of the main rounds.

They got second position in the clash of champions’ cricket tournament organized by NED University, losing out to Iqra University in the final. The International Sports Day for Peace & Development was celebrated with an exhibition volleyball match with the SSUET defeating the University of Karachi on their home turf. 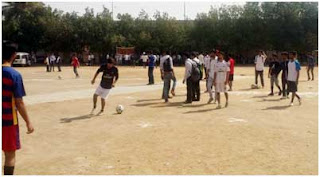 The SSUET also featured in the HEC Inter-Varsity Basketball Championship 2016-17 where they down fighting to Greenwich University in the quarter-finals.

The SSUET students also made their mark in the various weight categories of the HEC All Pakistan Inter-Varsity Boxing Championship 2016-17, organized by Benazir Bhutto Shaheed University, Karachi. 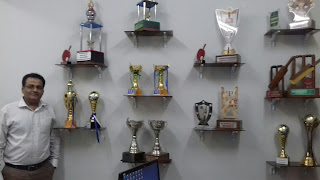 They finished as the runners-up among 20 participating universities of Karachi in the PMA Inter-University Sports Gala 2017 held at the Pakistan Marine Academy as they were triumphant in hockey, football and volleyball tournaments while they were edged out in the semifinals of cricket and basketball competitions.

The SSUET, as per directives of the HEC, hosted the Inter-Varsity Zone-G Football Tournament in January 2017. The five-day tournament, contested by 15 teams, turned out to be an organizational success story. They had also organized the Jashan-e-Azadi Inter-University Cricket Tournament in 2016 in which the top 12 outfits of the city took part. They ended runners-up after being overpowered by Hamdard University in the final.

The SSUET, with the collaboration of the Sindh Sports Journalists Association, organized a seminar on the topic of state of sports in Pakistan at the campus which was well attended.
Posted by Chief Editor at 3:54 PM Links to this post 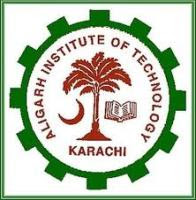 The lower grade staffers of the Sir Syed University of Engineering and Technology (SSUET) as well as the Aligarh Institute of Technology (AIT) were pleasantly surprised at having received ‘Eidi’ before Eid-ul-Fitr.

The surprise was given by Engr Anwar Ali, Convenor AIT and Vice-President Aligarh Muslim University Old Boys Association (AMUOBA) who distributed Eidi among some 350 employees.

Around 200 employees of the SSUET in Grade 1 and Grade 2 and about 150 of the AIT also in Grade 1 and 2 including lower salary staff received Eidi from Engr Anwar Ali.

"Our objective was to share with them the happy moments of Eid-ul-Fitr,” Engr Anwar Ali remarked, adding that the recipients of Eidi included naib qasids, juniors, clerks, drivers and security guards.
Posted by Chief Editor at 3:04 PM Links to this post 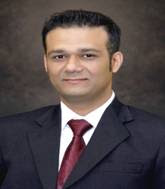 The Chancellor Sir Syed University of Engineering and Technology (SSUET), Jawaid Anwar, has called for greater focus on research oriented studies and said the research carried out by faculty members during their higher studies abroad should relate to SSUET;s academic objectives.

He stated this while talking to Dr Zain Anwar Ali, who called on the Chancellor after completing his PhD from Nanjing University of Aeronautics and Astronautics (NUAA) in China. The Chairman of Telecommunication department Dr Aamer was also present on the occasion and introduced

Dr Zain to the Chancellor. Dr Zain was on study leave since September 2013 and did his research on the "Simulation of controller designing of rotor-craft Unmanned Aerial Vehicle (UAV).

The Chancellor appreciated the areas selected by Dr Zain and regarded the same as very important from the university's academic point of view. Meanwhile Dr Zain has rejoined his department
Posted by Chief Editor at 3:02 PM Links to this post 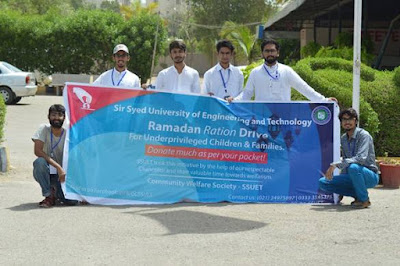 The Sir Syed University of Engineering and Technology (SSUET), Karachi, took a lead this Ramadan, on the directives of the Chancellor, Jawaid Anwar, and its Community Welfare Society of the University's Guidance Centre organized a Ramazan Ration Distribution Drive successfully.

The Chancellor's directive was to share the happiness of Ramazan to the most underprivileged population in Karachi.

Around 63 needy families of different localities of Orangi Town were provided ration bags, which contained items of all the basic needs of a family to keep and break their fast. 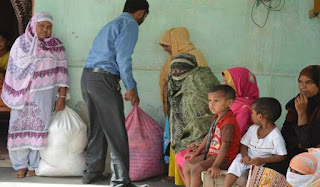 The SSUET Chancellor, Jawaid Anwar, lavishly praised the efforts made by the students and the zeal demonstrated by them in helping the needy families and said that this kind of activities did create a noble impression which must continue not only today but in future as well.

The Convener of the Guidance Centre, Siraj Khilji, also appreciated the efforts made by the students of the SSUET for this cause, emphasizing that the students were the future of a nation they should know and care for every aspect of the community.

He was of the opinion that as the citizens of a respectable nation the students be taught to have a vision to serve their people in need.
Posted by Chief Editor at 3:00 PM Links to this post