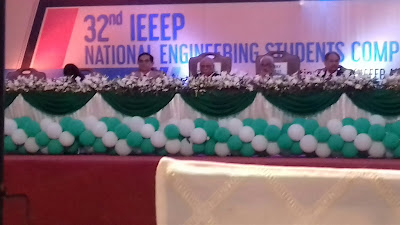 The Pakistan Engineering Council (PEC) will extend its full support for engineering programmes organized by the engineering forums like the one held at the Sir Syed University of Engineering and Technology (SSUET) with the collaboration of the Institution of Electrical and Electronics Engineers Pakistan (IEEEP).
This was announced by Engr I A Usmani, Senior Vice-Chairman, PEC, while speaking as chief guest at the concluding session of 32nd National Engineering Students Competition-2017 at SSUET's campus on February 23.

He said that besides the PEC, the support of the industry will also be sought as it is vital for projects developed by SSUET and other similar forums.
"We need to promote technologies for promoting engineering programmes", Engr Usmani, a gold medallist in Civil Engineering, stated adding that it is a good sign that our engineering forums are growing. The engineers, he pointed out, are nation-builders and the country should promote them for national development as well as development of technologies. He was full of praise for the SSUET, describing it as an institution of great pride, having been named after great reformer and educationist Sir Syed Ahmed Khan. 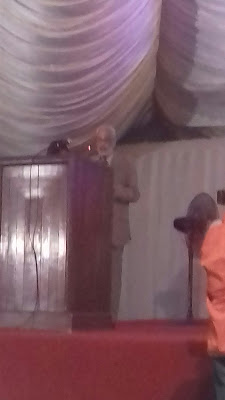 Referring to the theme of the event, Hack Town, the first-ever Urban Development Hackathon, Engr Usmani talked about DHA City being developed on 12,640 acres and said that it will emerge as Pakistan's first Smart City as designed by his organization and which has already won an international award .

He congratulated all the students who submitted their final year projects for their skill, talent and research work and observed that during the two days of the event all components of the topic must have been discussed threadbare along with presentation of viable solutions.

Earlier the SSUET Vice-Chancellor, Prof Dr Jawed H. Rizvi, in his welcome address, said that it’s for the first time that the SSUET had organized this 32nd National Engineering Students Competition (NESC) with the IEEEP collaboration in which students from all over Pakistan demonstrated their engineering talent while the event provided them a forum to them.

The NESC Convenor, Moona Kanwal, disclosed that in all 110 technical papers were submitted by students from 20 universities of the country and of them 48 were accepted. 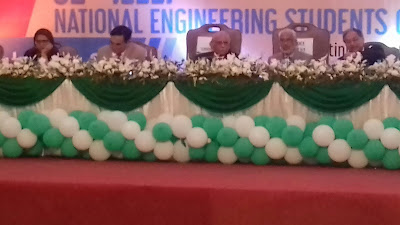 She said that Hack Town theme was selected so as to make students aware of community problems and to come up with projects for resolving the same.

The event ended with a vote of thanks by the SSUET Registrar, Syed Sarfraz Ali.

On the occasion judges announced the results of the competition while the running trophy, sponsored by SSUET, was won by NUST and will be awarded on the occasion of IEEEP's international symposium to be held on March 15-16.

The Chancellor of the Sir Syed University of Engineering and Technology (SSUET) Jawaid Anwar has said that significance of educational institutions in development of students in the wake of emerging technologies, has always been the foremost driving force as well as their position to help students form character.

"This was the belief that moved Aligarh Muslim University Old Boys' Association (AMOUBA) of Pakistan to establish “Sir Syed University of Engineering & Technology”, he said in a message on the occasion of 32nd. IEEEP National Engineering Students Competition-2017 (NESC-17) held at the SSUET in collaboration with the IEEEP.

The university, he said, has been imparting graduate and post graduate education in engineering technologies and equipping the young generation with the most modern knowledge in the scientific disciplines that are essential in the development of industry and technological infrastructure, for decades.

The Chancellor felt that the association of technological advances and economic progression runs hand in hand, which simultaneously keep revolutionizing all the domain of human life.

“That is why we at the SSUET always value & highlight workshops and conferences at different levels. Therefore, in continuity of this endeavor the SSUET is holding the 32nd IEEEP National Engineering Students Competition 2017 (32nd IEEEP NESC '17) in collaboration with The Institute of Electrical & Electronic Engineering Pakistan (IEEEP),” he noted.

This competition is a great opening parallel track of Final Year Engineering Students Competition and Hack Town for national student and researchers to present their accomplishments and findings on the most recent advances and future challenges in the fields of Computer, Software, Electrical, Telecommunication, Civil, Biomedical Engineering and Architecture, and will also be a platform to promote their technological knowledge and research works.

He welcomed the participants to the SSUET for the 32nd National Engineering Students Competition 2017 and hoped they will find it a hospitable place and a pleasant maneuver for conferring. He congratulated the SSUET and the IEEEP officials for having organized the event jointly in the higher interest of the students observing that this kind of events helps them become technologically sound and give them a sense of leadership to be a beneficial part of the industry.

In his message Vice-Chancellor Prof Dr Jawed H. Rizvi said that SSUET has achieved a major milestone by organizing a national level competition for the first time '32nd IEEEP National Engineering Students Competition 2017 in collaboration of the IEEEP.

Describing the SSUET as a centre of research and development, he said it plays a host to major academic, professional and technological conferences and workshops.

He recalled that the SSUET was established by Aligarh Muslim University Old Boys' Association of Pakistan. It promotes the philosophy of great thinker and educationist Sir Syed Ahmed Khan. Since its inception, its focus has been on dissemination of affordable quality education in the domain of engineering and technology.

Needless to stress, he stressed, technology plays a unique role in transforming the economic conditions of a society. All modern developments are direct outcome of technical advancements.

The university believes that economic future of Pakistan is in the hands of engineers and technologists. He was hopeful that this competition will be able to provide a platform towards strengthening our relationships in knowledge sharing and joint research collaborations.

“I therefore, take this opportunity to thank all those who contributed in one way or another towards organizing this event. I particularly thank the participants, mentors and judges from academia and industry of this competition for sharing their knowledge, experience and research findings,” the Vice Chancellor acknowledged.

He thanked the IEEEP for the very generous collaborations with the SSUET in hosting such a national event.
The Dean Faculty of Engineering, Prof Dr S M Makhdumi, in his message, hailed the competition as a ground-breaking event where different brains associated to diverse disciplines around Pakistan have come together to explore new ideas and share their thoughts and innovation. As there is rapid advancement in the field of technology,

He reckoned that there’s a much needed discussion on the new generation of practices and technological models and then giving a platform like this to deploy and implement their ideas and projects.

He congratulated the Chancellor and Vice Chancellor of the SSUET for taking a tremendous step to help our students nurture their content and practical knowledge of the field and said organizing such a kind of competitions which aid our students in polishing their skills is a need of time because it is correlated to the expansion of our country's economic stability as well.

The SSUET Registrar, Syed Sarfraz Ali, in his message remarked that seeing university accomplish another milestone in the name of the ground-breaking competition National Engineering Students Competition'17 (NESC' 17); a collaborative venture of SSUET and the IEEEP, was a matter of immense proud and pleasure to him.

It is promising to see SSUET providing a platform to students to make use of their engineering skills and talent and thrust them to explore new dimensions of their respective fields. Therefore, I feel honored and obliged to IEEEP to join hands with us in making this mega event possible.
Posted by Chief Editor at 3:15 PM