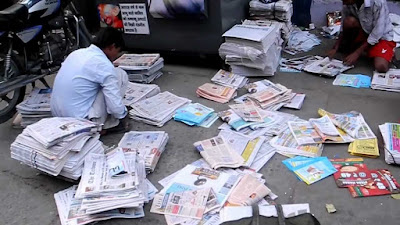 Muhammad Ashraf Quureshi and Abdul Malik were elected as the President and the General Secretary of the Akhbar Farosh Union of Nawabshah on March 12.

The elections were held after the meeting of the general body, presided over by senior hawker Ashraf Qureshi while Farooq Memon and other hawkers were also present on the occasion. President Ashraf Qureshi,

The Central Secretary General of the All Pakistan Akhbar Farosh Union, Tikka Khan Abbasi, has congratulated the newly elected office-bearers of Nawabshah.
Posted by Chief Editor at 10:24 PM Links to this post