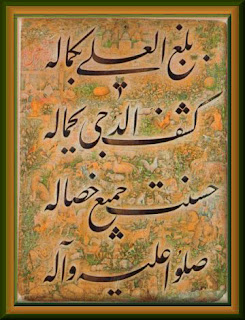 The Holy Quran is, in every detail, a unique and miraculous text which was revealed by Allah upon Holy Prophet Muhammad and over the centuries not a single word of the divine book has changed.

“Holy Quran, being the last revealed words of Allah, is the prime source of every Muslim's faith and practice,” Chancellor, Sir Syed University of Engineering and Technology (SSUET), Engr Z.A. Nizami stressed.

Addressing a Jalsa-e-Seerat-un-Nabi (SAWW) held by the SSUET at its campus, Engr Nizami said Islam means complete submission to the will of Allah. He said Islam is both a religion and a complete way of life.

Chancellor Nizami pointed out that Sir Syed University is the only engineering university where Pakistan Studies and Islamiat are taught as compulsory subjects and efforts are being made to computerize all information and material pertaining to the religion of Islam.

He referred to a book written by Michael H. Hart and said although he was a Christian but he put the name of Muhammad (SAWW) at the  top of the list of great leaders of the universe in his book entitled “The 100: A Ranking of the Most Influential Persons in History’. “We are considering the inclusion this book in the syllabus,” Engr Nizami added.

Speaking on the occasion, Allama Kokab Noorani said Holy Prophet Muhammed (SAWW)) is the soul of universe and when he went to the Mairaj the whole universe became standstill until he came back to earth.

He said the Holy Prophet Muhammad is Rehmatul-lil-Alameen and 4 qualities are necessary for ‘rahim’ like he must be alive, he must be aware of his dependents, he must be close to them, and he must have the power of rehmat.

Another religious scholar Allama Syed Razi Jaffar Naqvi said Muslim Umma should lead the world on the basis of knowledge and wisdom since they have the divine book “Quran” with them for true guidance. But unfortunately other nations took the advantage of knowledge of Quran and developed according to its teachings. 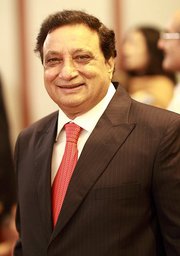 Renowned lawyer and a former Judge of the High Court of Sindh, Khawaja Naveed Ahmed has been invited by the Harvard Law School, USA, for participation in the Harvard ILJ Symposium which opens on February 20. He has been honored by the to open the symposium and deliver keynote address.

The topics of Khawaja's keynote address will be transnational corruption, state-sponsored economic espionage, extra-judicial killings and target killings. He flew out of for , on February 18.

The symposium will be spanned over three sessions in which the invited panelists would discuss this year's topic of State Ethics: Controlling The Behavior of Governments and Their Partners.

Khawaja Naveed Ahmed is a practicing lawyer of the Supreme Court of Pakistan and has 37 years standing at Bar. He has held the offices of Advocate General Sindh, , and has served as the Judge of the Sindh High Court of Pakistan. Ahmed is a human rights activist and had been Chairman of the Legal Aid and Human Rights Committee of Sindh Bar Council, , for five years.

He also had been elected as the Senior Vice President of the Supreme Court Bar Association of Pakistan. Presently, Ahmed is member of the Managing Committee of Red Crescent (Hilal-e-Ahmer).

Khawja also writes columns as a political analyst and frequently participates in talk shows on popular T.V. Channels. He also hosts a mock trial legal education show on one of the prominent T.V. Channels. The program is very popular amongst communities in , , , and .

Other panelist Christof Heyns holds the degrees MA LLB University of Pretoria; ; and of the . He is Professor of Human Rights Law and Co-director of the Institute for International and Comparative Law in Africa at the .

Jeffrey Laurenti is senior fellow at The Century Foundation on international affairs. He has served as director for TCF’s international task force on in its regional and multilateral dimensions and as co-director of TCF’s peace and security initiative with the Center for American Progress.

James Ross is Legal and Policy Director at Human Rights Watch, where he has worked since 2001. He previously worked in the Humanitarian Affairs office of Médecins sans Frontières in the , in for the Organization for Security and Cooperation in Europe, in for the International Human Rights Law Group, and in the for the Lawyers Committee for Human Rights.

The Symposium moderator Gabriella Blum will be Rita E. Hauser Professor of Human Rights and Humanitarian Law at .