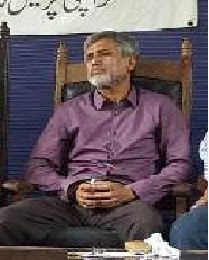 By Abdul Qadir Qureshi(Pakistan News & Features Services)
The Karachi Police have not yet succeeded in finding any clue of the dacoits, who had barged into the North Nazimabad House of former international hockey player, Jan Muhammad, and decamped with cash, jewellary and other valuables after taking the inmates on gunpoint.

But bigger agony for Jan Muhammed was that the bandits deprived him of his most precious and valuable asset, the medals he had earned in various international events during his 17-year career in the hockey field.

The incident had occurred in the last week of Ramazan, when in the broad daylight, four armed bandits barged into the house of Jan Muhammad, a member of the gold medal winning Pakistan team in the Hockey Junior World Cup of 1979.

It may be recalled that there was no male member in the house at that time as all had gone away on their jobs and the dacoits had made all female members hostage besides the lone lady tenant residing in the ground floor of the house as well as kids, and made good their escape with cash, jewellary and other valuables besides his medals earned during various international competitions. 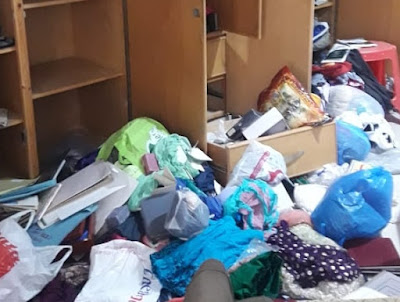 The wife and kids of Jan Muhammad's son Rauf Jan, a reputed chartered accountant, who recently returned from Toronto, Canada, to serve the country’s economy, were also taken hostage on gunpoint.
The soft spoken Jan Muhammad recently retired from the United Bank Limited (UBL) after having served the institution with distinction for 42 years.

He remained posted at the UBL Sports Complex for quite some time. He was also the Vice President of the Karachi Hockey Association (KHA).

Despite the lapse of a couple of months, there has not been any word or any clue from the North Nazimabad Police. Neither has any senior police officer of Karachi Police contacted Jan Muhammad.
Posted by Chief Editor at 11:23 AM Links to this post

Engineers of Sindh press for demands 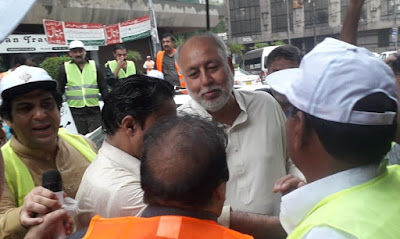 After having done it in Baluchistan, the engineers of Sindh also took to streets when, led by the Chairman of the Pakistan Engineering Council (PEC), Javed Salim Qureshi, stageda protest demonstration outside Karachi Press Club (KPC) for the attainment of their long standing demands.

Addressing on the occasion, the PEC Chairman affirmed that the council will continue to strive for the attainments of demands for engineers which are being pursued for a long time.

Javed Qureshi urged the authorities to order for the release of payment of technical allowance to engineers as being practiced in Khyber Pakhtoonkhawa, Punjab and Azad Kashmir.

He said that the government should forthwith remove non-engineers from the slots of engineering professional seats and they should be replaced with qualified engineers. 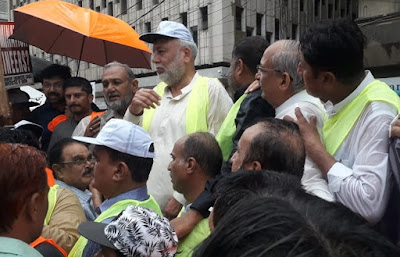 The PEC Chairman demanded that all vacant engineers’ seats be forthwith filled engineers in the province of Sindh.

He was of the opinion that only engineers can take the country to path of prosperity if they were given their due role in policy making with their induction into grades 21 and 22.

The demonstration was largely attended by the PEC member engineers and addressed besides the PEC Chairman, also by Mohammed Shafiq, Vice-Chairman PEC (Sindh).
Posted by Chief Editor at 11:20 AM Links to this post