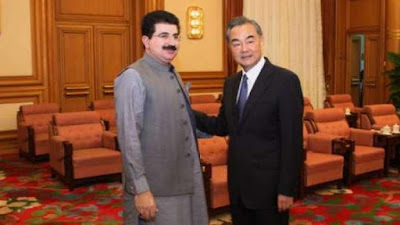 "China is willing to support Pakistan to uphold its sovereignty and right to development and make joint efforts with Pakistan to boost the construction of the China-Pakistan Economic Corridor, as well as to deepen the bilateral all-weather strategic cooperative partnership," Wang said while meeting with Chairman, Senate of Pakistan, Sadiq Sanjrani, in Beijing.

Reciprocating the sentiments on behalf of government and the people of Pakistan, Chairman Senate, Sadiq Sanjrani, said that his country would always uphold the friendly policy towards China, a consensus that reached between the two sides. 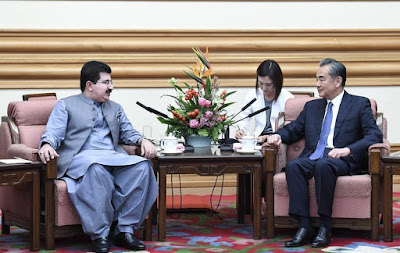 The Chairman Senate, leading a 9-member parliamentary delegation, pointed out that the strengthening of relationship between the two countries is the cornerstone of Pakistan's foreign policy.

"The new government is ready to work with China to push forward the construction of Belt and Road Initiative and the China-Pakistan Economic Corridor," Sanjrani was quoted as saying by the Chinese state media.

Pakistan's Ambassador to China, Masood Khalid and other senior officials of Pakistan and China were also present on the occasion.
Posted by Chief Editor at 9:39 PM Links to this post 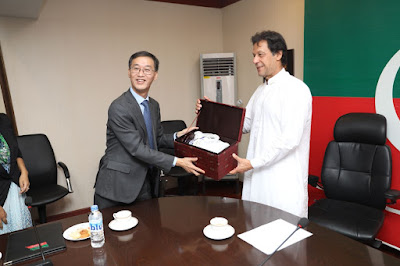 The newly elected Prime Minister of Pakistan, Imran Khan, who had cited examples of China's poverty alleviation programme during an interview with the Chinese media, has already moved in this direction by sending a special team to China for in-depth study of its poverty reduction model.
The globally-admired initiative which China had undertaken has enabled millions of people to escape from poverty and Pakistan’s new leadership also considers it a way forward in this regard.

The representatives of the ruling party, Pakistan Tehreek Insaf (PTI), have already visited China's Yunnan province where the local government briefed them how they attained the poverty-reduction goals, said a report appeared in China.org.cn, a news web portal.

Pakistan, one of the forefront countries supporting New China in its initial opening-up years, is today being repaid by assisting it in becoming a trade and economic hub on the Arabian Sea.

The two countries are natural partners and support each other on matters of international politics and economy. That is why Imran Khan is now banking on the goodwill of the past for a stable and far-reaching cooperation in the future. 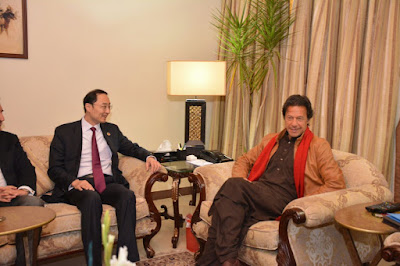 The new Pakistani government has a single major agenda of bringing the economy back on track.

Imran Khan, whose political party emerged victorious in the country's recent election, appears ready for some drastic moves, and building on China's ambitious Belt and Road Initiative (BRI) is one of them.

The China-Pakistan Economic Corridor (CPEC), a flagship BRI project, is the largest Chinese investment in Pakistan to date. Often termed a game changer, the US$62 billion mega-project involves a massive financial inflow into Pakistan to promote infrastructure, energy and trade development and create many jobs.

Imran Khan has promised continued support to CPEC involving all sectors of Pakistani society. While he has taken up the challenge of turning State-owned companies into profit-generating machines, his plan also has the potential of engaging private industry to ensure success for the CPEC. 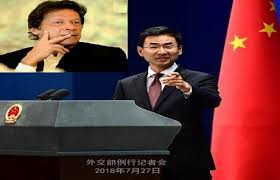 The national cricket hero-turned-politician laid out his intentions for engaging with Pakistan's closest ally in an interview with the Chinese newspaper the Guangming Daily last month.

He considers the CPEC as a medium and long-term project, pledging to guarantee the corridor's construction so that both Pakistan and China benefits.

Imran Khan’s party has identified several areas where cooperation with China will be expanded.

Clean energy is one area where his neighbour has achieved monumental success. After the industrial boom, China was faced with heavy pollution which had to be tackled by taking radical measures.

This can be worked out by establishing more vocational training institutes in Pakistan and sending young people to China to acquire higher education and better skills. If this goes as plan, the indigenous resource pool will witness augmented benefits from engagement in CPEC projects. 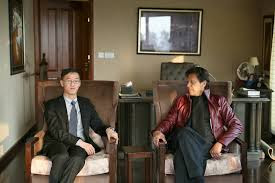 Pakistan has immense manufacturing potential owing to ample availability of raw materials. As the incoming government looks to revitalize Pakistan's industry on modern lines, companies will eventually be looking for global consumption and should be ready for integration with various global supply chains.

The CPEC and BRI specifically aim to achieve this. Being trade routes in the classical sense, they will provide transportation facilities that can help remodel local industry centers into globally-competitive economies.

As proclaimed in Khan's election manifesto, he intends to focus on partnerships in development projects undertaken by Chinese entities. This will increase the transfer of knowledge to local firms, improve the skill level of the workforce and bring about sustained results.

Joint ventures will be encouraged, which will also help Chinese companies to benefit from the local knowledge of their Pakistani partners.
Posted by Chief Editor at 9:18 PM Links to this post