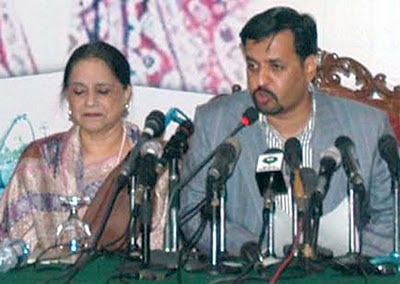 Nazim Karachi Syed Mustafa Kamal has said that Haq Parast City Government has completed 2496 projects in Karachi during last four years while 126 mega projects were still under progress. This list includes only those projects which have cost more than Rs30million. 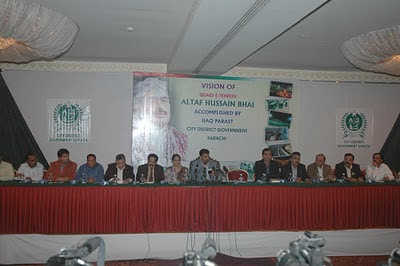 He expressed these views while addressing a press conference at a local hotel on Wednesday. City Naib Nazim Nasreen Jalil, all town nazmeen, naib nazmeen, DCO Karachi Javed Hanif, M.D KWSB Qutubuddin Shaikh and other senior officers of city government and water board were present on this occasion.

Nazim Karachi said that a total of 52 months have been completed since the time we took oath on 17th October 2005. Out of 1560 days we had 1252 working days. City Government has averagely completed 2 projects per day and 48 projects per month during this tenure to provide maximum facilities to citizens. 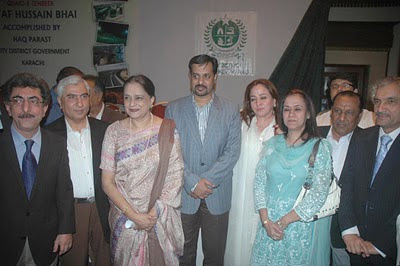 He said that a total of 35 flyovers and underpasses were completed in last four years with 316 major and supplementary roads. City government also completed 451 educational projects besides 194 water and sewerage projects and 356 parks while 110 projects were completed in rural areas. He said that in the transport sector 255 bus stops and 116 pedestrian bridges were completed with the construction of Pakistan’s first car parking plaza and the intercity bus terminal. City Government also brought 75 CNG buses on roads and a total of 337 new machinery and vehicles were provided during this period. He said that a modern command and control center was installed in the city while the citizen’s complaints information system 1339 was introduced to solve public’s problems on immediate basis. The CCIS 1339 has got ISO 9001 certification which is another major achievement of city government. City Government has also initiated green Karachi campaign during which more than 1.2million saplings were planted in different parts of the city. Haq Parast city government also gave a new concept of Karachi Development Fund to ensure hurdle free journey of development.

Nazim Karachi said that with the completion of so many projects we have also planned lot of projects for future including K-IV and S-III projects, Karachi Mass Transit project and Circular Railway project to provide further facilities to citizens. He said that already three signal free corridors have been completed in the city while the fourth one was underway. The whole corridor from P.I.D.C to Airport will be made signal free by January-February 2011. The signal free corridor –V will be from Sohrab Goth to M.A Jinnah Road.

City Nazim also thanked all those who have been supported and helped him during last four years. He said that he was thankful of Quaid-e-Tehreek Altaf Hussain Bhai for providing full support and guidance during this period. He also thanked President Asif Ali Zardari, Governor of Sindh Dr. Ishrat-ul-Ebad Khan, City Naib Nazim Nasreen Jalil, members of city district council Karachi, media representatives, people of Karachi and his whole team including DCO Karachi, M.D KWSB, members of town and union’s administration, employees of city government, his personal staff, Afaq Hussain Affan, Zahoor, his telephone operator, peons, drivers and all those who were worked day and night with him.
Posted by Chief Editor at 11:59 PM Links to this post