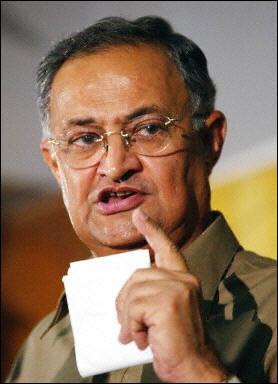 “Security of any country is considered to be the defence of the country which is key to defend its territorial integrity and sovereignty for preserving its culture, promoting peace and development of its society. This is generally known as ‘Conventional Security’ while worldwide there is yet another security known as ‘Non-Conventional Security’ which is now the subject of global discourse,” Senator Nisar Memon wrote in his recently published article.

“It includes socio-economic aspects like clean drinking water, agriculture and food, clean environment and education, health and justice; for the well-being of the population. Water is a key to life not only of humans but of all living beings. It has been used since times immemorial and the civilizations were born on the banks of the rivers. History records that territories with water availability have progressed greater than the ones without rivers, lakes and watersheds. In our part of the world, Moen Jo Daro was born some 5,000 years ago on the banks of River Indus bringing prosperity to the inhabitants,” he explained.

“Water, as a key element of non-conventional security has an important nexus with environment, energy, food and has been the global focus for long time, but more so since 2011. This economic nexus feeds into social nexus of education, science and health. Pakistan like many other countries has been ‘Hydraulic Civilization’ with the experience of institutionalizing and non-institutionalizing water management,” the Senator observed.

“We have two major basins of water, Indus River Basin and Kabul River Basin. The Indus Basin was institutionalized with the signing of Indus Water Treaty (IWT) in 1960 while Kabul River Basin remains to be institutionalized. The British divided the subcontinent in 1947 into two countries and clashes ensued between them on the water. With international efforts, IWT was inked between the two countries brokered by World Bank. IWT 1960 divided the water between the countries allocating eastern rivers i.e. Sutlej, Beas and Ravi for unrestricted use by India while western rivers i.e. Indus, Jhelum and Chenab for unrestricted use by Pakistan except non-consumptive use by India,” he recalled.

“The Treaty provides dispute resolution mechanism of arbitration and resort to International Court of Justice. However, several issues remain to be addressed for it to be effective: environment and climate change impact considerations; ground water management inclusion; pollution and quality of water; non- compliance of the Treaty provisions by India including the design violations and delayed information towards stalling the discussion on projects, construction without conveying required information to Pakistan, not proving data of the projects as per Article VII(2),constructing project and non- implementing the operational provisions in violation of Treaty,” Senator Nisar Memon continued.

“The Treaty has survived several wars between the two countries, and despite above issues and worst are the threats of using water as weapon by Indian leadership, further vitiating political and security environment. The Indian leadership will do well for regional and global peace to avoid threats since war is not an option but dialogue and creating right perceptions to enhance trust is way forward,” he hoped.

“Pakistan is the largest water user with 47% of total Indus water, followed by India with 39%, China 8% and Afghanistan 6%. Unlike other three countries the Indus River affects 65% of its territory against India’s only 11% territory. Pakistan is primarily dependent on Indus while India, China and Afghanistan have other river basins for their water needs,” he reminded.

“All countries face the challenge of population increase, increasing water demands for development and optimizing utilization. But all this will be better served with cooperation of Basin countries, as water is for common good. The Climate Change challenges are recognized globally as a key factor affecting our life and availability of water; therefore, there is global focus and cooperation. Much more is required to be done by the developing countries to contain increasing temperatures to internationally acceptable and agreed levels, to avoid the danger to the life on planet earth,” he advised.

“Many of us will remember the disasters of untimely monsoon rains in 2010 in Indus and Kabul rivers simultaneously, bringing untold miseries to our people. The UN Secretary General had then rated it as the greatest humanitarian crisis in recent history. Similar natural catastrophes can be avoided by Afghanistan too, when we have cooperation and institutionalized management of KRB,” he thought.

“Pakistan is confronted with several security challenges which are bravely faced by the nation. The conventional security is well taken care by defence forces with support of parliament backed by people; while the non-conventional challenges are being addressed by federal and provincial governments based on Constitutional provisions of responsibilities. The complexity of our archaic colonial administrative system has brought down several governments unable to provide security to teeming millions. Will the governments put in place after 2018 elections be able to coordinate several non-conventional security subjects and provide the citizens life envisaged in the Constitution of Pakistan? If yes then how? If no, will the change be smooth democratic or abrupt revolutionary,” he questioned.
Posted by Chief Editor at 12:00 AM Links to this post