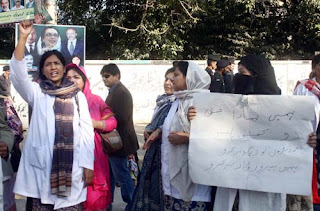 By Rashid Zia Qureshi
(Pakistan News & Features Services)
The lives of more than 40,000 patients suffering from hepatitis was at stake as they were devoid of vaccine under the government sponsored Hepatitis Control Programme. On the other hand the staff including 438 doctors and nursing staff working in the programme was protesting at not being given permanent status yet.
The Hepatitis Control Programme was launched in Sindh for patients suffering from hepatitis B and C for which 82 centers were established in the province with huge staff on temporary basis.
However the staff was given assurance by Sindh Health Department that they would be regularized in future but the promise was not fulfilled. The staff later approached the court of law where the Sindh government, on January 30 this year, assured that the staff would be regularized after completing the data.
The leaders of Doctors’ Action Committee, Dr Abdul Rahman and Dr Mansoor Qureshi, regretted that the Sindh government did not fullfill it promise of regularizing the staff of Hepatitis Control Programme following which 82 centers of Sindh were shut down through which more than 40,000 patients used to get free vaccination.
They disclosed that the hepatitis injection was out of stock due to which the lives of the patients were in danger. They warned that the hepatitis can convert in cancer if the vaccination line was discontinued.
The doctors revealed that the health department has once again assured the regularization of jobs but they were not in a position to pull back the patient from mouth of death.
On the other hand sources on the condition of anonymity indicated that the tug of war of corruption in the purchase of vaccine between influential personalities was the main cause of the crisis.
Posted by Chief Editor at 3:12 PM

Admission at Bakhtawar Cadet College for Girls to start soon 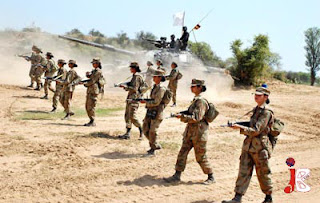 The admissions to the first-ever Girls Cadet College Sindh would start soon, the decision was taken in the meeting of Board of Directors of Bakhtawar Cadet College for Girls, Nawabshah.

The meeting was presided by the Chief of Air Staff Southern Command and it was attended by the Commissioner, Ghulam Mustafa Phull, the Deputy Commissioner, Tahir Hussain Sangi, education expert, S M Yousuf and officials of the departments of finance and education.

Addressing the meeting, the Deputy Chief of Air Staff Southern Command said that the posting of principal was under process and this college would work under the auspices of the Pakistan Air Force. He expressed the hope that the college would produce outstanding girls cadets.
Posted by Chief Editor at 3:07 PM 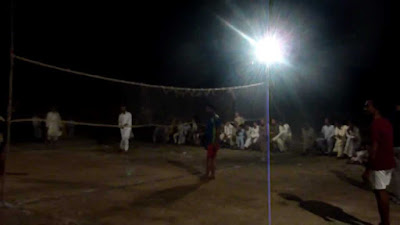 
Senior Superintendent of Police (SSP) Usman Ghani Siddiqui said that people of Mirpurkhas were ambitious and have interest in sports and for that reason several sports programmes were arranged on the occasion Golden Jubilee Mango Festival.

He was addressing at the concluding session of shootingball exhibition match organized at the Government Girls High School by the district administration with the support of the Sindh Bank.

The shootingball match was played between the teams of Niaz Club Hyderabad and Lashari Club Mirpurkhas. The match was won by Niaz Club by 16 points. Secretary RTA Muhammad Hassan Qureshi, DO Sports, Muhammad Arshad Arain, and a large number of sports lovers were present on the occasion.
Posted by Chief Editor at 2:59 PM

The Divisional Commissioner of Mirpurkhas, Shafique Ahmed Mahesar, believed that the players who remain on the front of game remain the winners. He said that the society gives good impression with the holding of sports events.

He was addressing on the occasion of distribution of prizes to prominent position holders in the cycling race organized by district administration in collaboration with Lipton Tea Company.

The Commissioner stated that the district administration was taking concrete steps to promote sports in Mirpurkhas.

The cycling race commenced from Jamrao and concluded at the Gama Stadium. It was participated by cyclists from Karachi, Hyderabad, Sukkur and Khairpur. The first position in cycle race was clinched by Muhammad Sumair of Karachi while Riaz Ahmed of Hyderabad and Sajid Ali of Karachi stood on second and third position on the victory stand. 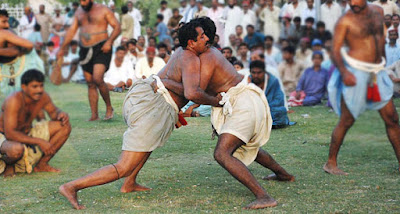 Special Advisor to the Sindh Chief Minister, Syed Riaz Ali Shah Khurasani, has reckoned that traditional Sindhi wrestling (kodi kodi) was affiliated with the Sindhi culture and its promotion was the responsibility of all the stakeholders.

Talking in the event held on the sidelines of the Golden Jubilee Mango Festival in Mirpurkhas, he observed that the participation in such traditional games would encourage players.

He pointed out that Mirpurkhas was the only district in Sindh where majority of varieties of mangos were produced and exported to foreign countries.

He said that the organization of the Mango Festival was aimed at introducing the varieties of mangos produced by small growers, noting that such exhibitions become a link between mango producers and importers of foreign markets.
Posted by Chief Editor at 2:43 PM 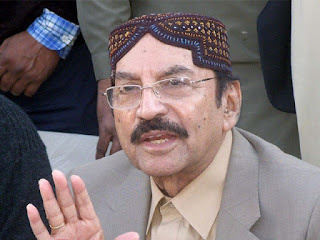 By Abdul Qadir Qureshi
(Pakistan News & Features Services)
The Sindh Chief Minister, Syed Qaim Ali Shah, has declared that notice has been taken of the shortage of irrigation water in Mirpurkhas and an enquiry committee headed by Secretary Irrigation has been formed to look into the matter.
He made the announcement after chairing a party meeting meeting held at the residence of the PPP President Mirpurkhas Division, Pir Syed Aftab Shah Jilani, a senior parliamentarian and a former federal Minister.
The Chief Minister deliberated on the strategy in the ensuing local government elections scheduled to be held in September in which, as a matter of policy, the party workers will be given a chance.
He emphasized that the workers were the party assets and the high-ups realized the sense of their sacrifices at all levels.
PPP District President, Mir Munawwar Talpur, Tharparkar President, Mahesh Malani, Umerkot President, Syed Ali Mardan Shah, Taluka presidents party office bearers and workers were also present on the occasion.
Posted by Chief Editor at 2:36 PM

The Sindh Chief Minister, Syed Qaim Ali Shah, observed that the mangos of Mirpurkhas were famous in America and European countries due to different quality and tasty varieties, adding that these mangos not only the identity of Sindh but also of Pakistan.

He was addressing the prize distribution ceremony at Shaheed Benazir Bhutto Exhibition Hall, Mirpurkhas, on the occasion of the Golden Jubilee Mango Festival which.concluded on June 6. The Chief Minister remarked that the Sindh government was endeavoring to introduce the Mirpurkhas mangos worldwide in order to reach foreign markets and increase exports.

He said that the issue of export of mangos was being taken up with the federal government in order to coordinate with the foreign embassies to boost the export of Mirpurkhas mangos. The Chief Minister went round different stalls of mangos and expressed his delight over the untiring efforts of the growers.

Later the Chief Minister distributed cash prizes and shields among the winning farmers. The first prize of Rs. 20,000 and shield in the Festival Group A went to Nawazabad Farm, the second position was won by Seth Ajay Kumar with shield and cash Rs.15,000 while Sajid Sons stood at third position and received cash Rs.10,000 with a shield.

The winners of the Group B were Allah Bachayo Rajar with Arif Bhurgari getting the second prize and Mohammad Ali Arain was declared third. They received cash awards of Rs 20,000, Rs 15,000 and Rs 10,000 respectively alongwith their shields. A similar pattern of distribution of cash awards was followed in the Groups in which Raid Illahi Bux Lashari, Sobedar Lashari and Wali Muhammad Deshak finished first, second and third respectively.

Earlier the Chairman of the Management Committee Mango Festival, Umer Bughio, in his welcome address, talked about the issues being faced by growers. He demanded that Solar System tube wells be provided to growers on at least 80% subsidy in order to eliminate salinity and water logging. He also urged for the construction of Seminar Hall for Horticulture to be completed on priority basis.
Posted by Chief Editor at 2:28 PM