Women’s rights and gender equality have started taking the centre stage as this year’s theme for International Women’s Day ‘I am Generation Equality: Realizing Women’s Rights’ makes waves all over the world on the eve of the big day on March 8.

The United Nations (UN) Women Executive Director, Phumzile Mlambo-Ngcuka, has highlighted 2020 as the year for gender equality, having urged everyone to tackle the persistent barriers against gender equality.

“2020 presents an unprecedented opportunity to turn things around for current and future generations of women and girls,” she remarked.

She has remained confident about her agency’s Generation Equality campaign to deliver game-changing results to advance equality for women and girls.

The UN agencies have been working proactively to advance gender equality in every nook and corner of the globe.

The Generation Equality campaign has been bringing together people of every gender, age, ethnicity, race, religion and country in order to drive actions that will create the gender-equal world.

The UN has pledged to further mobilize its resources to end gender-based violence, having called for economic justice and rights for all. They desire to incorporate technology and innovation for gender equality and feminist leadership. 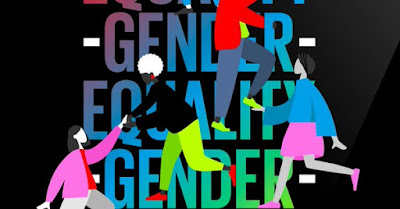 This International Women’s Day, the UN Women’s multi-generational campaign, Generation Equality, brings together past and present advocates to demand gender equality in this generation.

2020 has also been recognized as milestone year for gender equality as besides being the 25th anniversary of the Beijing Conference, the year will feature 64th Session of the Commission on the Status of Women, Generation Equality Forum in Mexico in May, and France, in July and high-level meeting of the 75th General Assembly on gender equality in September.

This year will also celebrate 20th anniversary of Security Council resolution 1325 on women, peace and security in October, the Sustainable Development Goals five-year milestone and the 10th anniversary of UN Women.
Posted by Chief Editor at 9:11 PM Links to this post