No connection of MQM activists and Urdu speaking people with the Lyari gang wars: Muttahida calls on security agencies to act on Karachi situation 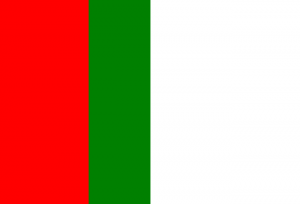 Muttahida Qaumi Movement today said that there was no connection of MQM activists and Urdu speaking people with the Lyari gang war and ongoing incidents of violence in Karachi.

In a statement issued here, the MQM’s Rabita Committee said that a bloody fighting took place between Lyari gangs on Jan 7, resulting in the killing of several people. However, he said that criminal people of Lyari gang wars first kidnapped MQM workers and Urdu speaking people, and then later martyred them on Jan 8.

“The killing of the innocent MQM’s workers has become a routine matter now, it said.

The committee said that despite the fact that MQM has been informing the federal and provincial governments about the gruesome incidents, no positive outcome has surfaced so far.

The coordination committee further said that no action was taken against any murderer.

Therefore, the MQM appeals to the responsible and honest officers of rangers, police and secret agencies that they should come forward to protect the life and property of innocent people.

According to the MQM, it is the legal and constitutional obligation of law enforcement agencies to protect innocent people from getting killed.
Posted by Chief Editor at 10:59 PM No comments: Links to this post

2 Policemen among 4 killed in Lyari firing 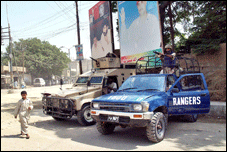 Four people were shot dead including two policemen in firing between police and criminal gangs in Lyari Kalakot area of Karachi on Sunday. Armed men attacked the police with hand grenades and killed four people among two policemen. Police recovered heavy weapons from criminals’ possession. Police also captured large quantity of weapons during raid at a godown in the locality. Police conducted raid at a godown on a tip-off, during which criminals lobbed a hand grenade and opened firing at the police party, leaving two cops dead on the spot.
Firing is still continued between the police and criminals, echoing the area with the sound of heavy firing. Armored carriers and Rangers contingents have reached in the area to assist the police. Police have seized a light machinegun, seven Kalashnikovs, two repeaters, two pistols, a grenade, eight walkie-talkies and hundreds of bullets from the godown. A bus was burnt at Rashid Mihas road by unknown men.
Posted by Chief Editor at 9:14 PM No comments: Links to this post