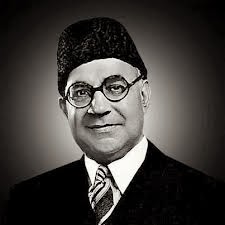 
The life and achievements of Pakistan's first Prime Minister, Liaquat Ali Khan were recalled at a Liaquat Day seminar organized at Sir Syed University of Engineering & Technology (SSUET), Karachi.
Noted speakers paid rich tribute to the services of Nawabzada Liaquat Ali Khan during the Pakistan Movement and then as the Prime Minister of Pakistan.

Speaking on the occasion Chancellor SSUET Engr Adil Usman said that today we are living in an independent state which was achieved so that Muslims of South Asia could order their lives in accordance with the tenets of Islam.

The state in which we are living with respect and dignity was not achieved as a gift on a platter but as a result of strenuous movement steered by Quaid-e-Azam Mohammed Ali Jinnah and leaders like Nawabzada Liaquat Ali Khan, he pointed out.


He informed that Liaquat Ali Khan was a graduate of the Aligarh Muslim University and he rose into prominence within the Muslim League during the 1930s.

He was the one who persuaded Quaid-e-Azam to return to India, an event which paved the way for Pakistan movement in which Nawab Liaquat Ali Khan remained all along with Quaid-e-Azam and which culimnated into the creation of a separate homeland for Muslims of South Asia on August 14, 1947.

Chancellor Adil Usman pointed out that during his parliamentary career Liaquat Ali Khan will always adhere to his opinion even in the face of severe odds. He took active part in legislative affairs and was a part of the Muslim delegation in the national convention held in Calcutta to evaluate the Nehru Report in 1928.

Addressing the seminar renowned researcher Khawaja Razi Haider said that in response to the division of India on the basis of bi-nation theory, around 144 proposals, plans, concepts and suggestions came forward.


Another speaker Mehfooz-un-Nabi Khan said Liaquat Ali Khan pursued an effective foreign policy, based on national interest. He did economic wonders and controlled price-hike in Pakistan when the world faced a severe recession.

He recalled that when Liaquat Ali Khan took over as Prime Minister he had no official residence, and stayed at Haroon House.

Prominent scholar Dr Muhammad Raza Kazmi said when Liaquat Ali Khan was assassinated, his mother was alive and was proud of her son’s pure character.