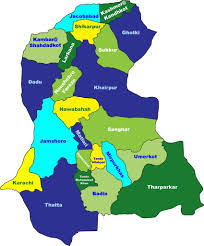 Syed Zain Shah, a leader of the Sindh United Party (SUP), feels that the incumbents from the Pakistan People’s Party (PPP) may not be able to retain their slots in the 2018 general elections due to the emergence of new political parties.

Addressing a press conference in Nawabshah, the SUP leader expressed his reservations about the governance in the province, claiming that parties like the Pakistan Tehreek Insaf (PTI) were on the rise as reflected by their recent massive public gathering at Dadu.

“Agriculture has been struck with irreparable losses due to inconsistent policies. Canal water is not available to growers as a result of which crops faced damages. Better management is the need of the hour,” he suggested.

He appreciated Prime Minister Mian Mohammad Nawaz Sharif and said that the federal government did extend subsidy on fertilizers. Syed Zain Shah demanded holding of transparent general elections and also the population and house census under the supervision of army.

He urged that the jobs be given in the departments of education, police, revenue and irrigation purely on merit in accordance with the guidelines of the Sindh Public Service Commission (SPSC).
Posted by Chief Editor at 4:01 PM Links to this post