Amidst concerns that the government has been unable to get desired results from the healthcare providers in the contest of COVID-19 wave, the provincial authorities on May 31 confirmed 16 more related deaths, with 885 new cases of the infection, bringing the overall tally of fatalities to 481 and positive cases to 28,245 for Sindh.
The Sindh Chief Minister, Syed Murad Ali Shah, in a statement, said that another 553 patients have recovered from the coronavirus disease, while 13,954 were receiving treatment either at homes and isolation centres, in addition to 1,073 at different government or privately run hospitals across the province, which constituted only eight per cent of the active COVID-19 patients in the province. 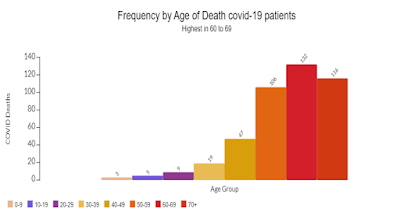 After giving a district-wise breakdown of new cases, he said that the preventive measures on part of people were the only answer to the pandemic.
“Now the cases are on increase in the rural areas as well, which is result of carelessness including non-observance of the social distancing not discouraging the social gathering,” he regretted.
The chief minster gave an account of month to month increases in the COVID-19 fatalities since March 19 when the first patient died at Karachi. He expressed his sorrow over the demise of patients but he did not go beyond the numbers.
On the other hand, routine COVID-19 summary was also not available to the media on May 31 and as such even the places of residence and hospitalizations of the patients also could not authentically be known. There was no feedback on the subject from the department despite reminders, which seemed to confirm the perception that department was in a state of panic and covering up for the failures. 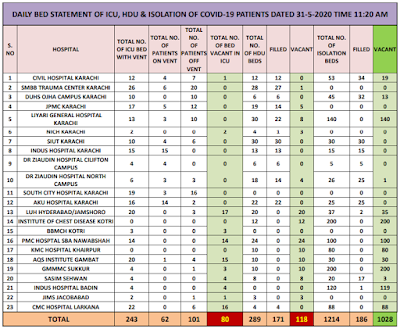 However, some other official sources revealed that almost all the patients, except one of Sukkur, lost their lives at six or so public and private hospitals of Karachi during the last 24 hours ending at 9 am on May 31.
So far, 393 patients have lost their lives in 27 private and public hospitals across the province, including AKUH (44 deaths), CHK (37), Indus Hospital (43), JPMC (59), LUMHS Hyderabad (12), DUHS (59), SIUT (55), Ziauddin Hospital (23, PNS Shifa (14) and others, while the remaining 88 patients died in home-isolation or on their way to hospitals.
It was further learnt that 62 COVID-19 patients were using ventilators, while another 101 such patients were off ventilators at different hospitals across the province.
A source revealed that 10 of the patients died off ventilators on May 29, six of them perished at home, two were not clinically advised by doctors, while the other two died due to sudden collapse/cardio-pulmonary arrest.
As of May 29, a study made with reference of frequency of age of confirmed-19 cases suggested that the disease was highest (11,692) in people living in the age brackets of 20-40 years, which speaks a volume about the restrictions enforced by the government.
When contacted, a senior teacher associated with a public university, briefly commented on the COVID-19 activities in Sindh, requesting not to mention his name, and said that situation was getting worse day by day.
“There seems to be very little strategic planning except what we could see during the early days by Sindh government,” he continued saying they were leaving the critical or otherwise patients just at the mercy of hospitals, which needed to be addressed.
According to reports, 4,100 samples were tested during the last 24 hours, taking the Sindh’s tally of tests to 180,823. The new infections were reported from Karachi (617), Hyderabad (25), Larkana (24), Jacobabad (24), Shikarpur (16), Jamshoro (8), Sanghar (8), Mirpurkhas (5), Kambar Shahdadkot (3), Shaheed Benazirabad (2), Matiari (1), Dadu (1), Tando Allahyar (1) and Tando Mohammad Khan (1).
Posted by Chief Editor at 6:58 PM

The mayor of London, Sadiq Khan, has urged the government to allow Under-18s to continue to get free travel after demands for its withdrawal were made part of £ 1.6 billion lockdown bailout conditions. The children are currently entitled to Oyster cards allowed free or cut price travel, depending on their age. 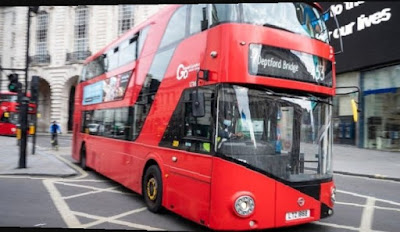 The mayor has reckoned that stopping it under the social-distancing guidelines on overcrowding would hit the poorest hardest, according to a BBC report.
The government had indicated that it was working with transport authorities to reduce demand. The Transport for London previously announced that free travel for children would temporary end under conditions of the government's continuing £ 1.6 billion deal.
In exchange for the emergency funding, transport bosses also agreed to start collecting fares again on buses, restore a full tube service as soon as possible, and temporarily suspend free travel for over-60s during morning peak hours. The congestion charge was also brought back earlier this month and it will be subject to a rise in cost, from June 22. 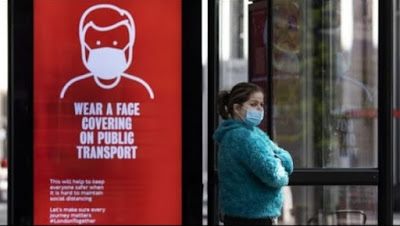 In a letter to the Transport Secretary, Grant Shapps, the mayor of London observed that while he agreed with the need to reduce the numbers of children using bus services in particular but felt suspending free travel was not the right thing to do.
"It is abundantly clear that losing free travel would hit the poorest Londoners hardest at a time when finances are stretched more than ever," he wrote.
The transport department has also calculated that about 30% of children who currently travel by bus to school would still be eligible statutorily for free travel, according to the mayor.
He added that the significant cost of this would fall on local boroughs while also undermining the effectiveness of introducing bus fares for children as a way of reducing bus usage.
Posted by Chief Editor at 6:51 PM 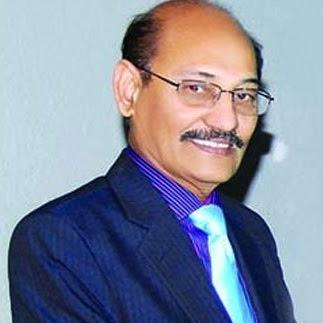 Anwar Ahmed Zai, having worked for a long time in the education sector, passed away in Karachi on May 31. He was buried later in the afternoon.
According to the family sources, he had been admitted at the Aga Khan University Hospital (AKUH) for the last couple of weeks where he suffered a fatal heart attack on the morning of May 31.
He headed the Board of Intermediate Education, Karachi, besides the Board of Secondary Education, Karachi, and Board of Matriculation and Intermediate Education, Mirpurkhas.
He also held the positions of the Director of School Education, Karachi, Executive District Officer, City District Government, Karachi, and Additional Secretary, Education, Government of Sindh.
Upon retirement from the government service, he was associated with the Ziauddin Education Board, Karachi, as its Executive Director.
Posted by Chief Editor at 6:49 PM