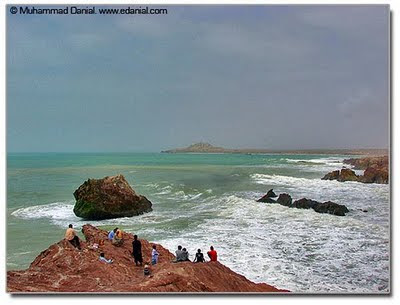 Ten picnickers drowned while bathing here at Gaddani coast on the second day of Eid on Tuesday.

The powerful waves at Gaddani coast took away fifteen people while they were bathing and playing on the second day of Eid. Six people were rescued while bodies of ten were fished out by the life guards.

TMO Gaddani Zafar iqbal told Geo News that people have been coming to the coast in crowds during Eid holidays. Over 30 youth were bathing at the beach when a large wave came sucking away fifteen of them.

The life guards present at the coast jumped into action and managed to save six of them while ten people lost their lives by drowning. The bodies of the drowned have been fished out and taken to hospital.

The hospital sources said the dead have been identified as Changaiz Khan son of Khursheed, Bashir son of Fazl-ur-Rehman, Aziz son of Abdul Rehman, Abdul Majeed son of Ali Sher, Saqib Awan son of Mushtaq Awan, Khurram son of Saeed, Imran son of Muhammad Khan, Hussain and Kashif. They were residents of various areas of Karachi.
Posted by Chief Editor at 11:53 PM No comments: Links to this post