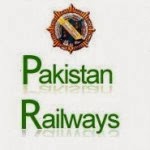 The supervisor was arrested following a discreet raid conducted by Divisional Commercial Officer (DCO), Shaoib Adil Mughal, who earlier had received a tip of the loss being caused to Pakistan Railway.

According to railway sources, the Mirpurkhas booking supervisor had not deposited the ticket sale amount of Rs 0.7 million and thus caused a revenue loss to the railway.

The sources pointed out that an Inspection Team from Railway Headquarter Lahore had visited Karachi Railway Division on November 22 and 23 and also inspected Mirpurkhas Railway station but did not report this fraud to Karachi Railway division authorities.

Shaoib Adil Mughal, after taking over as DCO on September 9, was credited to have unfolded two frauds of Karachi division inside a couple of months.

In year 2012, he was also instrumental in nabbing a gang of retired railway employees who were selling fake railway Paper card tickets in Karachi. A case was registered against them.

On that performance the Railway administration, headed by Anzar Ismail Rizvi, had recommended his name for bonus salary which was awarded to him besides the appreciation certificates.

This year, despite unfolded two frauds, he has not been rewarded yet and instead having been recommended for OSD which was quite frustrating and demoralizing for any civil servant who has performed very well during the Mid career Management Course at NIM Karachi which offered him to join NIM and render his services for NIM as Additional Directing Staff.

Since joining in September 2013, he has shifted at least a dozen staff on their irregularities and disciplinary action is underway against them

Recently he raided 19 up at Ghadar station and in midnight Khyber Mail 1 up surprisingly from Kot and a STE in 1 up Khyber mail has been caught taking money from a passenger and he caught him on the spot.  He also conducted inspection of HDR-MPS section and caught minor irregularities and one major irregularity of a booking clerk at Tando Allahyar.