Paan and gutka common forms of smokeless tobacco in Pakistan 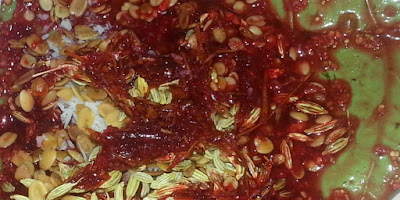 People of the South Asian origin are responsible for more than three quarters of all smokeless tobacco, chewing and sniffing tobacco, gutka, naswar, betel quid or paan, and tobacco gum, consumption worldwide.

The researchers, including Dr Javaid A Khan, Dr Mohammad Irfan and Dr Maryam Hassan from the Aga Khan University (AKU), Karachi, have recently designed an intervention to support South Asians in quitting smokeless tobacco and then evaluated its feasibility in Pakistan and the UK.

The intervention activities included raising awareness of the harms of smokeless tobacco use and benefits of quitting, boosting users’ motivation and self-efficacy, and developing strategies to manage their triggers, withdrawal symptoms, and relapse should that occur.

The users were receptive to health messages but most reported smokeless tobacco reduction rather than complete cessation.

The researchers found that betel quid or paan and gutka were the common forms of smokeless tobacco used in Pakistan. They also noticed that Pakistani people were more smokeless tobacco dependent than those in the UK.

“We developed a theory-based intervention for this study, which now needs to be evaluated in an effectiveness trial,” Dr Javaid Khan, Professor of Medicine, Aga Khan University and one of the authors, remarked. 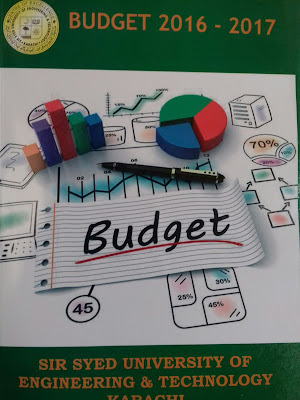 The Sir Syed University of Engineering and Technology (SSUET), Karachi, has passed its budget for the financial year 2016-17.

The budget, passed in a meeting of Board of Governors, was chaired by Vice-Chancellor Prof Dr Jawaid H. Rizvi, brought in its folds two gladdening news for the university’s employees and staff.

The Board approved the revision of pay scales, an issue which was pending for the last many years, and also announced the launch of health insurance for the employees.

The approval of these two benefits was the fulfillment of commitment made by Chancellor Jawaid Anwar in his very first speech made after having assumed the office.

Chancellor Jawaid Anwar had announced to work for upgradation of the university to highest levels under a well conceived planning.

The board also gave go ahead for purchase of additional lab equipment and carrying out various development schemes.

Funds were also approved for award of scholarships, Faculty development/new campus, financial incentives to Faculty for carrying out research projects.

Allocation has also been made for the SSUET’s Research Innovative and Commercialization Centre, which has now been made fully functional under Dr Rabia Inam.
Posted by Chief Editor at 5:50 PM