Agha Siraj Durrani lashes out at CDGK —Advices nazims, other officials to go to the hospital for their mental checkups 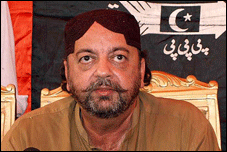 By Saleem Chandio and Bachal Chandio
KARACHI: Sindh Local Government’s Minister, Agha Siraj Khan Durrani on Tuesday strongly criticized the City Nazim, Syed Musafa Kamal and said that the City Government had no power to interfere in the affairs of the Karachi Building Control Authority. 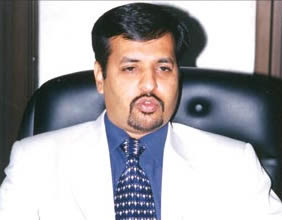 He was speaking on a point of order in reference to a statement of the City Nazim and City Government’s announcement of canceling the building plans approved by the KBCA during the past six months.
Referring to a TV interview of the City Nazim, the Local Government Minister said, amidst slogans of shame-shame, that he had no authority to come live on TV and utter abuses.
He said that if they had any problems, they should come and discuss the same with them.
He said that they were pursuing a policy of reconciliation and it was the kindness of President Asif Ali Zardari that funds were being provided to them. He said that he neither dictates anyone nor takes dictation from anyone but would do whatever he felt to be right.
He said that the Nazims were making illegal appointments and using funds illegally and he could not sit silent on that. He said that the government gives funds to the defunct KMC and city Government and when they did not get funds, they start raising hue and cry.
He advised them to go to some hospital where they could get their mental checkup and get themselves treated there. (RT)
Posted by Chief Editor at 4:25 PM No comments: Links to this post