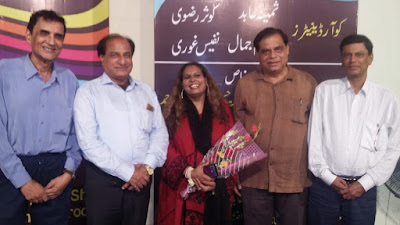 
The Arts Council of Pakistan (ACP), Karachi, came alive with enthralling musical concert held at the open air theatre on the evening of July 18.

The event was organized by the ACP’s Special Projects Committee with the collaboration of the Funoon Cultural Forum.

The live music performance by a battery of vocalists of varying talents was thoroughly enjoyed by the audience which remained glued to seats for about three hours as it was entertained with some of the popular numbers, both old and new. 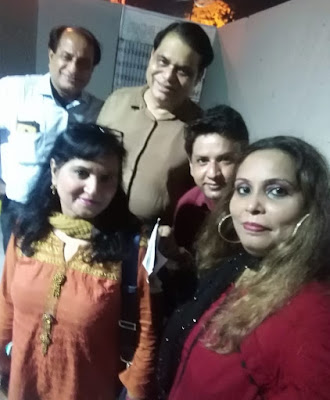 Ayub Khan, the chief organizer of the show, was thoroughly praised for having put together an exciting concert, fuelling the passion for music even without the presence of the star performers.

Having earned the reputation of organizing successful musical concerts without engaging any superstar, he delivered once more with his acumen and presentation skills much to the delight of the big audience which enjoyed the proceedings despite the up and down sea breeze, which blew in patches.

There was a particular treat for the ghazal lovers and the last segment was a smashing success.

Vocalist Ishtiaq Bashir, hailing from the family of Ustad Amanat Ali Khan, mesmerized the audience who were asking for more when the show was finally brought to an end. 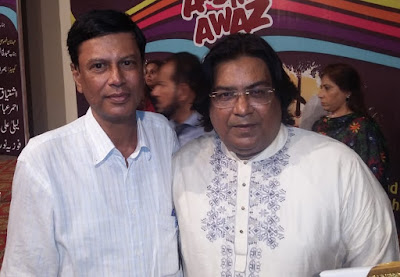 Akhlaq Ahmed, Ahmer Abbas, Aisha Khan, Uzma Noor, Laila Ali, Fouzia Noor and Ghazal Khan were the other singers to have showcased their talents in front of an appreciating crowd.

Sardar Nazakat Ali was the chief guest of the night while Abdul Khaliq and Noman Abid were the guests of honour.

Syed Khalid Mahmood, Khalid Mumtaz Ansari, Abdul Hamid, Dr Barkatullah Memon and Nazir Mateen were among the VIP guests invited for the programme and all of them were delighted to have watched the full concert spanning more than three hours.

Tazeem Jamal, one of the coordinators for the event, expressed satisfaction at the large turnout and she took pride at having entertained the audience with brilliant performance from the participating artists. 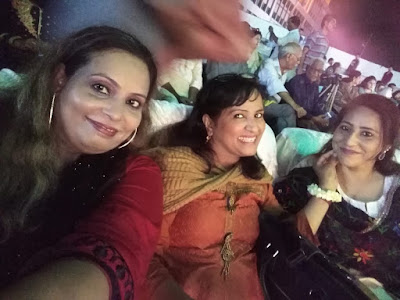 “Obviously its teamwork and the credit for the successful programme need to be shared between the organizers and the performers. The guitarists, the vocalists, the violinists and the tabla-nawaz made it possible with their joint efforts on the stage,” she recognized.

Herself an event manager by profession, she didn’t mince words in stating that such musical concerts provided lifeline to the inhabitants of a city as big as Karachi where the majority of the people spend bulk of their time in work-related pursuits with negligible avenues for entertainment.

Khalid Mumtaz Ansari, a widely travelled scientist, reckoned that the three-hour programme remained lively for the major parts of it and the finishing was an icing on the cake.

Abdul Hamid, an accountant and trainer, was also thrilled with the performance of the artists and he thanked them for enlivening the proceedings even though the weather was not particularly pleasant.
Posted by Chief Editor at 10:42 AM Links to this post