Khawaja Naveed speaks his heart out in Nawabshah 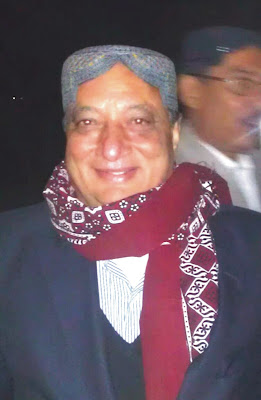 
Former President Asif Ali Zardari always believed in the politics of reconciliation and it was under this philosophy that no political personality was arrested during his tenure.

Replying to questions, Khawaja Naveed defended military courts in a way pointing out that judiciary felt insecure in the wake of continued circumstances of terrorism with criminals and terrorists extending threats to honorable judges hearing their cases. 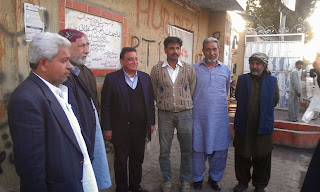 Observing that under such conditions army courts had become inevitable, he was of the view that although courts do give verdicts in such cases but the fact was that real justice would be from the court of Almighty Allah.

He admitted public opinions about irregularities in the court system and noted that sometimes advantages go against oppressed.

He told a questioner that reconciliation courts, established for the purpose of dispensing cheaper justice, failed as concerned people were unaware of complications of judicial procedures. However the situation can be made better if retired judges are posted in Reconciliation Courts. He said that menace of falsification has overcome politics due to which common man is not pleased with politicians.

To another question Khawaja Naveed said that there is not the desired governance in Sindh, as it should have been, therefore what comment he can offer on its performance, adding that Syed Qaim Ali Shah just enjoyed the title of Chief Minister.

He opined that in many cases an Oath Commissioner seemed more powerful than Chief Minister who can make documents legal with a single stroke of his stamp on a payment of ten rupees.

"How a government ascribe itself authoritative when it cannot deliver rights of poor grower in shape of due payment from sugar mills,” he said mentioning that in a country where the Governor tenders resignation saying he is week before mafias and land grabbers, then what one can expect of constitution and law. 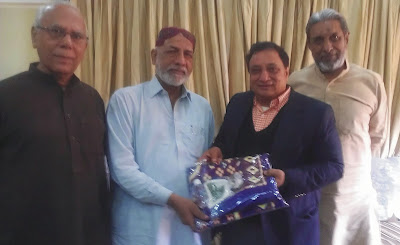 Khwaja Naveed told a questioner that Supreme Judicial Council is the best forum for the accountability of judiciary but bad practice appears when this forum is not used.

He said that law making was necessary for cases whereby a complainant gets court order for FIR registration under section 22A when police refuses to entertain. It is necessary to issue notice to other party as well prior to issuing order under section 22A to frustrate the objective behind registering of fake FIR, he suggested.

Khawaja Naveed recalled that as Judge of the Sindh High Court he issued orders in 1,400 cases and many of his orders were cited as reference in various cases. He described as deplorable non hearing of cane growers case with regard to payment of quality premium by sugar mills.
Posted by Chief Editor at 2:07 PM