Polio kiosks set up at airports 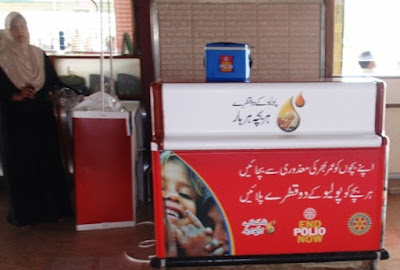 Rotary, one of the largest voluntary service organizations of the world, has a visible presence at the various airports of Pakistan as it has facilitated in setting up polio kiosks at departure as well as arrival lounges.

The National Chair of Pakistan National Polio Plus Committee (PNPPC), Aziz Memon, also a former Governor of Rotary International in Pakistan, informed PNFS that the polio kiosks have been set up at all major airports of the country to cover the children in transit, as per directives of the government. 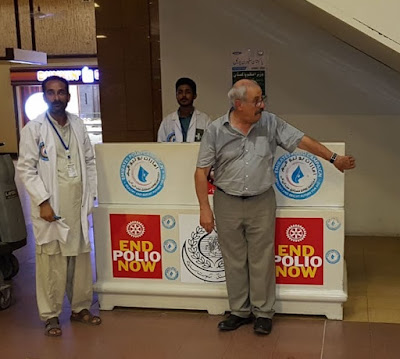 According to details, the PNPPC was requested by national and provincial authorities to provide polio kiosks at all visible points of airports. Because of its location, the polio kiosks are easily visible and accessible.

The World Health Organization (WHO) was then advised to arrange for the polio vaccinators at each kiosk. These polio kiosks are installed at outside of departure and arrival lounges of the airports.

The PNPPC has set up as many as polio kiosks at the Jinnah International Airport, Karachi, as per specification provided by the Civil Aviation Authority (CAA). These polio kiosks have been installed just outside of domestic and International departure and arrival lounges.

There are three polio teams at each kiosks working round the clock at the airport and the average vaccination coverage is close to 350 children per day.

Besides Karachi, the PNPPC has set up two polio kiosks each at Multan, Peshawar and Quetta airports to cover transit children.
Posted by Chief Editor at 5:23 PM Links to this post 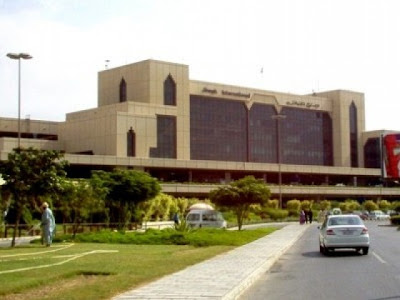 The airports at Karachi, Islamabad and Peshawar are being closed for two hours daily and the closure will continue until end of December 2012 by the Civil Aviation Authority (CAA).

The Gilgit Airport will be closed during day light timings for eight and a half hours; from 9:30 am till 6:00 PM and now only one flight may operate between Islamabad-Gilgit and that too during early morning hours. The weather may again disturb the single flight.

According to airport sources, initially the CAA had issued a notice to all the airlines that it would close airports to de-rubber the runways until September 15, 2012. Therefore all the airlines operating Hajj flights prepared their departure schedule from these major after the second week of September.

However, without consulting the airlines the CAA has extended the closure of airports until last week of December 2012 which has created a complete disruption of flight schedules for not only the national flag carrier but also other local and foreign airlines who are complaining about it.

Sources said that in case the government does not intervene and asks CAA to defer the cleaning of runways until the Hajj operation is over by end November the closure of airports may seriously affect the arrival of post Hajj flights.
Posted by Chief Editor at 11:22 PM