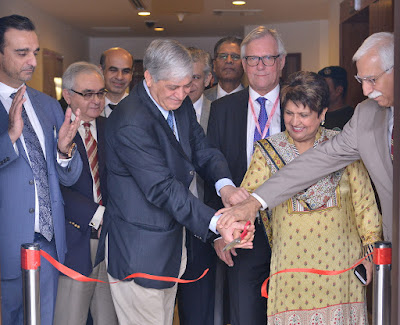 The Aga Khan University Hospital (AKUH), Karachi, has launched an advanced refractive surgery suite equipped with the latest laser technology for vision-correcting surgeries. The suite will enable eye specialists at the Hospital to customise treatment to each patient’s needs with improved performance in terms of precision, safety, comfort and recovery.

“A refractive surgery is a procedure that corrects common vision problems to reduce or stop a person’s dependence on eyeglasses or contact lenses,” Dr Irfan Jeeva, Assistant Professor of Ophthalmology and Service Line Chief of Ophthalmology and Otolaryngology, AKUH, observed at the inauguration of the facility.

There are several types of refractive surgery and only a qualified eye specialist can advise what is suitable after evaluating and briefing a patient on advantages and anticipated side effects, if any. A laser procedure called LASIK is the most popular refractive surgery to correct refractive errors caused by irregularities in the shape of the cornea.

“The first thing we check is the evaluation if a person is a good candidate for LASIK. Then we provide a consultation to help patients fully understand what improvements they can expect based on age, vision and lifestyle requirements. Patients who are not suitable candidates for LASIK would then be offered alternative solutions,” Dr Jeeva said.

“The laser portion of the treatment takes less than a minute and does not cause any pain. A person will usually be able to see well enough to drive on the day after the procedure,” he noted.

“On top of that I would like to mention that our ophthalmologists will use protocols as per the best international practices. Training has been done accordingly and the protocols will be available on the Hospital website to support our patients,” he added.

Ophthalmology or eye services at AKUH include assessment, diagnosis and treatment of a range of vision and eye conditions in both adults and children.
Posted by Chief Editor at 4:04 PM 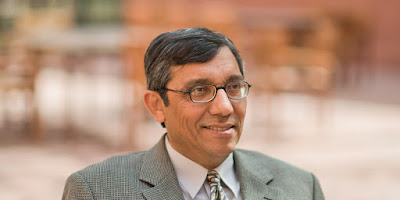 Professor Zulfiqar A Bhutta has been honoured with The World Academy of Sciences 2016 TWAS Prize in medical sciences, in recognition of his “incisive work on academic paediatrics and public health in Pakistan, which has contributed to shape global child health and policy”.

TWAS Prizes are in nine fields and this year 10 winners were announced at the Academy's 27th General Meeting in Kigali, Rwanda.

So far only three prizes have been given to Pakistani scientists, one each in agriculture and biological sciences previously, since its inception in 1983.

Each year, TWAS awards prizes worth US$15,000 each to individual scientists from developing countries in recognition of their outstanding contributions to scientific knowledge, and to the application of science and technology to sustainable development.

The award is given to those who have been working and living in a developing country for at least 10 years. The prizes are given in nine fields ranging from agricultural sciences, biology, chemistry, earth sciences, engineering sciences, mathematics, physics, social sciences to medical sciences.

This year there were 10 prize winners: two each from Brazil, China and India; and one each from Chile, Mexico, Turkey and Pakistan. The winners will present a lecture on their research at TWAS’s 28th General Meeting in 2017, when they will also receive a plaque and the prize money. Prof Zulfiqar Bhutta’s nomination was made by the Pakistan Academy of Sciences.

“I am deeply conscious of the fact that my contributions have largely been possible because of the phenomenal team of young people that I work with, and the opportunity for scholarship and research that my peers and mentors provided me,” the award-winning professor remarked.

He has had a 30-year long academic career at the University and the global impact of his work has seen him take up prominent positions at leading universities in Canada, the UK and the United States.

An expert on nutrition, newborn and child survival, and micronutrient deficiencies, Prof Zulfiqar Bhutta is one of the most cited health sciences scholars from the developing world.

He has published 8 books, 88 book chapters, and over 725 indexed publications to date, including 145 in the world’s leading journal The Lancet alone. At the launch of the new Global Strategy for Women’s, Children’s and Adolescents’ Health in September last year, he had represented AKU which has pledged to invest more than US$85 million over the next decade in support of the Global Strategy.

In December 2015, he was presented with the prestigious Turkish award, the 2015 International TÜBA Academy Prize, in health and life sciences.

The President of Pakistan has also conferred the Pride of Performance Award on Prof Zulfiqar Bhutta, in recognition of his major contributions in the field of healthcare education.
Posted by Chief Editor at 4:01 PM