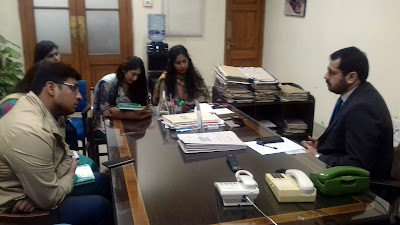 A six-member group of students of the Lahore University of Management Sciences (LUMS) visited the headquarters of the Pakistan Railways in Lahore to acquaint themselves with the infrastructure, operation and working of the railway system.

The group consisting of four girls and two boys, called on the Chief Personnel Officer, Shoaib Adil, at his office and had an in depth interaction with him about the railway affairs.

The CPO briefed the visitors about the railway working in greater details and specially the efforts being made by the Railways Minister, Khawaja Saad Rafique, for the railway's turn around to make it Pakistan's prestigious organization.

He explained to the students the railway's soaring revenue income, the addition of new locomotives and carriages and the working of different cadres of the railway staff besides other things.

The LUMS students pitched a volley of searing questions especially about the steps taken for increasing the railway's revenues, the hiring system for the employees, the train operations, the safety and security measures for passengers.

Shoaib Adil informed that since the present leadership took over, the efficiency of the railway staff has went up manifold which brought amazing changes in the organization leading to achievement of remarkable results.

He said as of today any hiring is made on total merit and more focus is paid on their training particularly with regard to provision of travelling facilities, safety and security of travelers and related aspects.
Posted by Chief Editor at 4:02 PM Links to this post 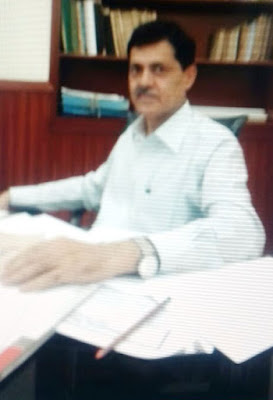 He observed that these targets were achieved primarily because of the leadership provided by the Federal Railways Minister, Khawaja Saad Rafique who has made tremendous efforts to eradicate corruption from the organization which in the past badly devoured its resources.

He remarked that the minister's appreciation of their performance had provided them a boost to their efforts to make Karachi Division the highest revenue earning Division of Pakistan.

The minister, he said, has directed that the facilities being provided to traveling passengers be further improved and Karachi Railway Division is working on various projects in this regard.

As a result of the efforts made the trains’ punctuality rate has increased to over 80 percent for Down trains and almost 100 percent for upcountry trains.
Posted by Chief Editor at 4:00 PM Links to this post