The Sindhi Association of North America (SANA) has expressed deep sorrow and grief over the killing of innocent people in San Bernardino, California, and demanded of the Government of the United States for gun control laws to abstain such type of incidents causing loss of precious lives. 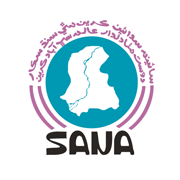 The SANA Executive Council, in a statement, said that every other day mass shooting incidents in the United States were causing distress, unrest and terror among the citizens, and now time is up to come up with some concrete measures to control these incidents and save precious human lives.
The SANA leaders, expressing deep sorrow and sympathy with the families of victims, said that although the killer couple seemed to be Muslims but relating the incident with religion will be unjustified.

“The SANA and Sindhi community of North America, affirms at large to work for peace and harmony at all level to extend a safe and secure atmosphere to our young generations, and demands from the Government of United States for measures to prevent such mass killings at the hands of cruel people” the statement concluded.
Posted by Chief Editor at 1:09 PM

The intervention by the Provincial Ombudsman Asad Ashraf Malik, helped a female student to get back about half a million rupees which she had deposited in a public sector medical university as admission fee.

The student, Asra Zafar had deposited Rs 441,600 in a public sector university as admission fee but later she changed her mind and got admission in another university and sought the refund of the deposited a mount which, however, was declined by the university.

She approached the Provincial Ombudsman with whose efforts, the university paid back the deposited amount and handed a cheque for Rs 441,600 to Ombudsman.

The Ombudsman Asad Ashraf Malik handed the cheque to the complainant student in his office.
Posted by Chief Editor at 1:01 PM