The soyem of mother of Manzoor Qadir, Director General, Sindh Building Control Authority (SBCA), was held at his Clifton residence in Karachi on February 10.

As the funeral on February 8, the soyem was largely attended by people belonging to various walks of life including government officials, builders, developers, professionals and city's elite.
Eminent ulemas in their sermons on the occasion highlighted the importance of mother in one's life, the relationship between human body and soul and the need for making preparations for the world hereafter.

Earlier Quran Khawani and Dua-e-Maghfarit were offered for the departed soul.

Posted by Chief Editor at 4:03 PM Links to this post 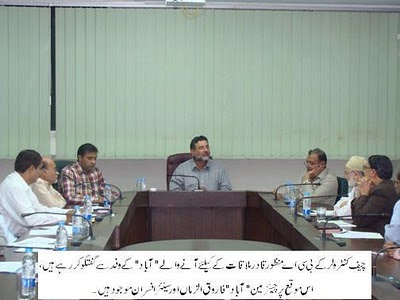 Posted by Chief Editor at 11:14 PM No comments: Links to this post