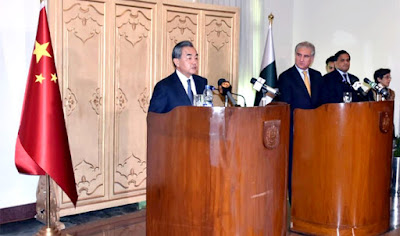 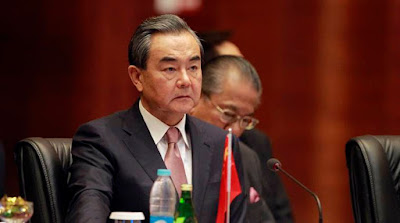 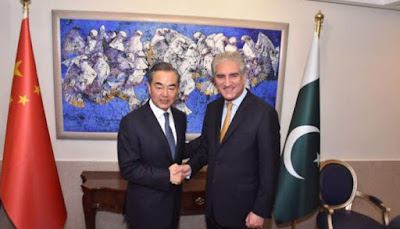 China has extended an invitation to Pakistan’s Prime Minister Imran Khan to be the guest of honour at the China International Import Expo (CIIE) due to be staged in Shanghai from November 5 to 10, 2018.

The Chinese Foreign Minister, Wang Yi, met his Pakistani counterpart, Shah Mahmood Qureshi, in Islamabad on September 8where he extended invitation to Prime Minister Imran Khan to be the guest of honour at the CIIE.

China and Pakistan also agreed to strengthen the strategic cooperation in a one-on-one meeting between the two Foreign Ministers. 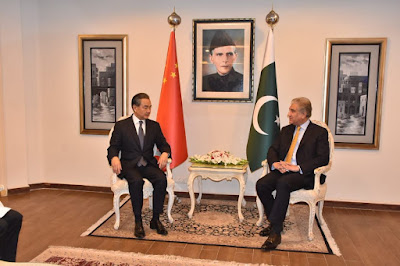 Shah Mahmood Qureshi assured the Chinese minister of his country’s support of CPEC, reassuring that it was important for Pakistan’s socio-economic development.

China’s Foreign Minister, Wang Yi, is on a three-day visit to Islamabad during which he is scheduled to meet the President, the Prime Minister, the National Assembly Speaker and the Chief of Army Staff (COAS).
Posted by Chief Editor at 3:52 PM Links to this post 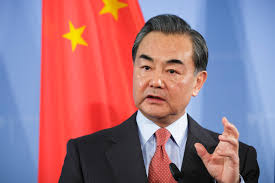 China’s Foreign Minister Wang Yi will be arriving Pakistan on September 7 to hold talks with the country’s new leadership to consolidate cooperation and elevate the all-weather bilateral strategic partnership.

“This is the first high-level visit between the two sides after the establishment of the new government in Pakistan. We hope that through the visit the two sides could consolidate our traditional friendship, all-round cooperation and elevate China-Pakistan all-weather strategic and cooperative partnership,” she said when asked about China’s expectations from the visit from September 7 to 9.

“China and Pakistan are all-weather strategic and cooperative partners. We are good neighbours, good friends and good brothers. Our bilateral ties have been developing with sound momentum. We have frequent high-level exchanges, practical cooperation moving forward and rich outcomes from the China-Pakistan Economic Corridor (CPEC),” Hua observed.

Chinese President Xi Jinping on September had congratulated Pakistan’s newly-elected President Arif Alvi, saying the strategic significance of the bilateral ties is “more prominent under the current circumstances” and both sides should support each other “more staunchly”.
Posted by Chief Editor at 11:23 AM Links to this post 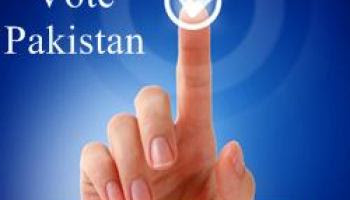 Pakistan’s foreign missions abroad have circulated for the benefit of expatriates’ information how to cast their vote in upcoming bye-elections through internet voting.

In this connection, Pakistan’s Embassy in Beijing, in a press release, stated that the Election Commission of Pakistan (ECP) is conducting overseas voting through internet voting process in the upcoming bye-polls of 37 constituencies slated for October 14.

The Pakistanis, living abroad, can cast their vote online in these respective constituencies from anywhere across the world using internet device.

The non-resident Pakistanis, eligible for voting, are those possessing National Identity Card for Overseas Pakistan (NICOP) and Pakistan‘s Machine Readable Passport (MRP) besides having voter registration in the constituencies in which bye elections are being held.

The list of the constituencies along with detailed mechanism of Internet voting is also available on the website of the ECP.

It further advised that all the overseas voters belonging to these constituencies are required to get themselves registered between September 1 and 15 online at https//www.ecp.gov.pk or http//www.overseasvoting.gov.pk to cast their vote.
Posted by Chief Editor at 9:18 PM Links to this post