Junaid Qureshi commits to bring improvement in the railway working 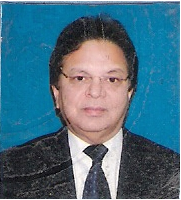 The newly appointed General Manager Pakistan Railways, Junaid Qureshi, has stated that railway’s 60 percent problems can be resolved by overcoming mismanagement while the remaining 40 percent relate to financial implications.

He made the observation while talking to media after chairing meetings with Divisional officers and office-bearers of various workers’ unions in the office of Divisional Superintendent Railways.

Besides some Principal Officers from Railway headquarter , who accompanied the General Manaer during his maiden visit to , the meeting was also attended by Divisional Superintendent Anzar Ismail Rizvi.

In this regard, he said, he issued various directives to them and hopefully these would result in bringing improvement in the railway’s working including control on late running of trains which emanate from Karachi.

He said that plans were underway to restart the freight trains on priority basis, which in real term are the real revenue backbone of the railway.

“Railway certainly suffered a revenue setback with the closure of freight operation”, he observed and pointed out that Karachi Railway Division has only 89 working locomotives out of a total strength of 111.

He said that he will be visiting the loco shed at Cantonment railway station on Tuesday to assess the possibilities for repair of defective locomotives and for this purpose the railway will release necessary funds as well.

To a question, the GM Railways informed that talks were in final stages for obtaining Rs 6 billion commercial loan from National Bank of . He said this amount will be spent on the repair of 80 locomotives and will be repaid from the income generating from freight and other operational trains.

Junaid Qureshi informed that international tenders have been floated for purchase of 150 locomotives. He said the tenders will be opened in June.

Replying a question, the GM said that railway is going to run six more trains on public-private participation during the next 30 or 45 days.

He told a questioner that for the present the railway’s revenue was 30 percent below the target. But the situation will improve by next month when freight trains will be operational.

Meanwhile, the General Manager railway has under taken a visit to various railway divisions starting with Karachi Division He will be visiting Sukkur Railway Division on Tuesday and Wednesday and Multan Railway Division next week.

Junaid Qureshi said he is taking a team of senior officers along with him for resolving various issues on the spot.

He said he himself will under take journey to various destination on trains and has issued same directives to his officers to follow his suit in an effort to bring improvement in the railway’s working.