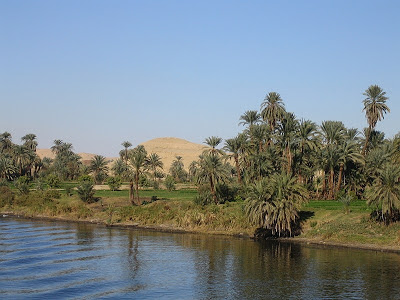 The problems arising from global warming and emerging serious water crisis were highlighted at a seminar held at the Federation of Pakistan Chambers of Commerce and Industry (FPCCI) headquarters in Karachi on July 6.

In a presentation made on the occasion, Shahid Saleem, Assistant Professor, Sir Syed University of Engineering & Technology (SSUET), Karachi, stated that global warming, also referred to as climate change or green house effect, occurs due to burning of fossil fuel like oil, natural gas, and coal.

“Global warming results in emission of green house (GHG) like carbon dioxide from power plants, transport, industry; methane from agricultural activity; nitrous oxide from use of fertilizer and hydroflorcarbon from industry and refrigeration,” he observed.

Pointing out that that there is a protective layer in atmosphere over earth called Ozone which is getting depleted due to excessive GHG emission.

According to him global warming has increased temperature worldwide by 0.6˚C to 1˚C as per report of Task Committee for Climate Change and Planning Division, Islamabad. As per the report the temperature would further increase in future if emission of GHG continues unabated.

Pakistan, he stated, as developing country emits low GHG and has been ranked  135th in world according to its per capita GHG emissions. But, with socio-economic development emission of GHG would increase in future in Pakistan .

Increase in GHG pose serious threat to environment and human life, he warned and said rise in temperature causes evaporation and transpiration. Now there is rise in sea level due to expansion of ocean because of temperature rise and melting of glaciers.

Melting of glaciers causes sudden floods as occurred in Pakistan in 2010 and 2011. Flood water flows to sea as we do not have sufficient water storage facility in the country except Mangla Dam, Tarbela Dam & Chasma Dam reservoirs. Floods also leads to variation in rainfall occurrence of cyclones while other areas would have long dry spell. Hence drought conditions would prevail resulting in food shortages.

The present scenario  shows there was general tendency for land use conversation, deforestation or desertification. This situation  has acted as a source of Global Warming. Global Warming is a serious threat to fresh water.

“We do not practice conservation of water or recycling of wastewater. This situation culminated in mismanagement of water sector. Short supply of water hampered industrial activity. It is through the natural water cycle that we keep on getting water. But fresh water is receding. It is imperative to adopt corrective measures urgently”.

Mitigation Measures, he explained, include conservation of every drop of water to improve irrigation system, reduce water losses in urban areas, recycle wastewater for non domestic purposes, and enhance water storage capacity by construction of dams and reservoirs. Regulate out flow of water to sea to avoid sea intrusion as in case of downstream of Kotri Barrage. Large scale forestation, large scale tree plantation is necessary. It is important to create awareness in masses about Global Warming and its preventive measures.

Notwithstanding GHG emissions, he said, Pakistan has to pursue industrial development essential for its economic development. Through government and industry joint partnership advanced technologies can be adopted to capture carbon dioxide, explore possibility to make productive use of CO2, use alternate or renewable sources of energy, make industrial plant machinery efficient, and conserve energy.