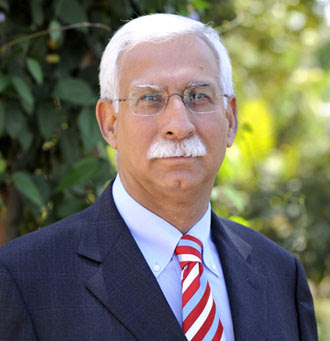 The Aga Khan University (AKU) has become the first higher education institution in South Asia and East Africa to be recognized by Advance HE, a global body that strives to promote excellence in teaching and learning in higher education.

The AKU President, Firoz Rasul, announced the University’s three-year reaccreditation with Advance HE while addressing the inaugural session of the Scholarship of Teaching and Learning Conference in Karachi.

Advance HE, based in the United Kingdom, works with higher education institutions across the globe to benchmark teaching quality against the rigorous UK Professional Standards Framework, UKPSF.

While talking about the importance of effective teaching and learning methodologies, President Rasul noted their role in engaging students and bringing excitement and stimulation into the classroom.

This encourages students to be responsible for their own learning, he added. The keynote address was delivered by Debra Dawson, director of the Centre for Research on Teaching and Learning in Higher Education at Western University in Canada. 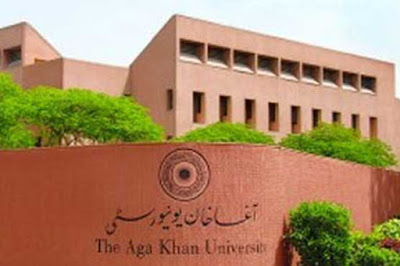 She stressed that creating a teaching culture within universities that values quality teaching is important both to motivate faculty members and to create an environment that leads to student success.

“Specifically, institutional teaching culture has been found to be related to student outcomes such as persistence, learning, and engagement,” she said. Setting up a network to enhance teaching quality in countries with no tradition of support for faculty is a long journey.

Tashmin Khamis, associate vice provost of AKU’s Network of Quality, Teaching and Learning and principal fellow of the Higher Education Academy spoke about how it takes time to build and to find the people or institutions that can offer support.

“Our partnership with Advance HE has enabled AKU faculty to access higher education teaching qualifications that are benchmarked against international best practice. I see HEA fellowships as an incentive to transform teaching, as well as a great opportunity to reward and recognise faculty for their commitment to teaching and learning,” she said.

All universities in the UK are members of Advance HE as well as partners from 15 countries around the world and this gives us an unprecedented chance to be part of a larger community of practice, Khamis concluded.

The two-day SOTL conference on Evidencing teaching practices for effective learning in higher education focused on efforts to improve student learning experiences in order to drive positive change in the higher education sector as a whole.
Posted by Chief Editor at 11:03 AM Links to this post 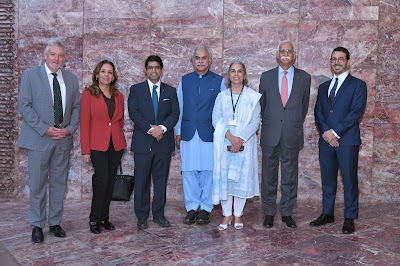 Up to 95 per cent of the population of Pakistan could be carrying bacteria that makes them resistant to life-saving antibiotics, according to the speakers at the inaugural session of the annual National Health Sciences Research Symposium (NHSRS) of the Aga Khan University (AKU) in Karachi. The theme of the 22nd three-day symposium is ‘Antimicrobial resistance: an opportunity to transform global health’.

Antimicrobial resistance (AMR) happens when microorganisms, such as bacteria, fungi, viruses and parasites change when they are exposed to antimicrobial drugs. Microorganisms that develop AMR are sometimes referred to as superbugs.

As a result, the medicines become ineffective and infections persist in the body, increasing the risk of spread to others.

A recent UN report warned that the threat of AMR can be a global health crisis that could lead to 10 million deaths every year by 2050. Pakistan is the sixth most populous country in the world, which is expected to rise to fourth place by 2050.

If not managed timely, AMR may lead to a ‘health emergency-like situation’ that might have implications for the country’s health system as well as economy, they said.

“Antibiotics have been a founding stone of modern medicine. Use of antimicrobials has enabled the implementation of novel treatment modalities such as cardiac bypass surgeries, joint replacements and bone marrow transplants. Management of infectious complications would not have been possible without antibiotics. Spread of resistant bugs is now taking us back in the pre-antibiotic era where advance medical interventions may become compromised,” Rumina Hasan, a professor of microbiology at AKU and chair of the 22nd NHSRS organising committee, remarked.

“Antimicrobials have also been instrumental in the control of infections in farm animals and in crops, allowing an increase in agricultural output and providing food security. Emergence of antimicrobial resistance threatens this progress,” she added. 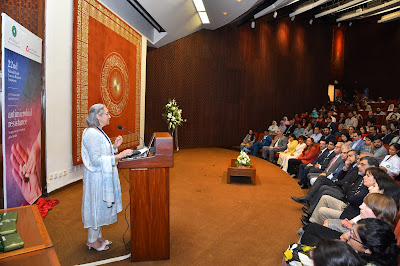 Realising that AMR puts the gains of the Millennium Development Goals at risk and jeopardizes achieving the Sustainable Development Goals, WHO instituted a global action plan to tackle AMR in the 68th World Health Assembly in 2015, which was endorsed by all countries including Pakistan.

Zafar Mirza, Minister of State for Health, Government of Pakistan, and the chief guest on the occasion, expressed his government’s commitment to work with provinces and public and private key stakeholders on the implementation of the National Action Plan for AMR.

“The misuse and overuse of antimicrobial medicines is fueling resistance worldwide and the Eastern Mediterranean Region is no exception. Drug-resistant infections are estimated to cause at least 700,000 deaths globally each year. Implementation of AMR surveillance, hospital infection prevention and control, and antimicrobial stewardship are extremely important measures to curtail the spread of resistant bugs,” Maha Talaat, WHO EMRO regional coordinator for infection prevention and control, and the keynote speaker, observed. 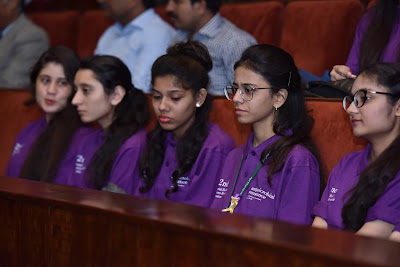 “Although AMR is a global problem, estimates suggest that 89 per cent of deaths related to AMR in 2050 will occur in Africa and Asia. The UK Government has set up the Fleming Fund to provide the much needed resources to better understand and address AMR. Such Coordinated global actions are required to minimise the emergence and spread of AMR,” Anthony Huszar, South East Asia Regional Coordinator, Fleming Fund, and the keynote speaker, pointed out.

The AKU President, Firoz Rasul, Deans Adil Haider and David Arthur, and interim CEO of the Aga Khan University Hospital Shagufta Hassan also addressed the symposium and applauded the organisers and participants for highlighting the issue of AMR.

The NHRS happens to be AKU’s annual ‘flagship’ event that focuses on a health sciences topic relevant to Pakistan and the region. The second and third days of the symposium will cover discussions on animal AMR, antimicrobial use surveillance, food safety, control of antibiotics quality in Pakistan, ‘Ignite’ and several other sessions.
Posted by Chief Editor at 10:32 AM Links to this post 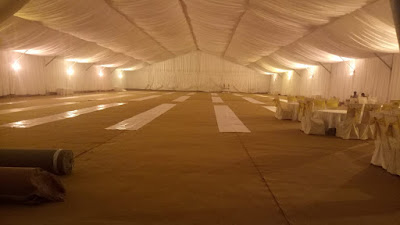 The Amir Rajput Group, one of the leading events and catering companies in Pakistan with more than two and a half decades of experience in event management, wedding functions and highest quality catering services, has been assigned the task of taking care of boarding and lodging of the visiting Sikh pilgrims at Kartarpur Gurdwara.

Exhaustive arrangements have been made for lodging and boarding of the Sikh pilgrims (yatrees), who have started pouring in from various parts of the world to participate in the 550th anniversary of Baba Guru Nanak to be held at Kartarpur Gurdwara, due to be inaugurated by Prime Minister Imran Khan on November 12.

Elaborate arrangements have been made to provide free food to the visitors. The arrangements include providing food to 2,000 pilgrims at a time. Gurdwara Nankana Sahib is decked up with lights to mark the 550th birth anniversary of Sikhism founder Guru Nanak Dev.

During their stay, they will also visit other Gurdwaras in the Punjab province and attend the opening ceremony of the Kartarpur Corridor on November 9. 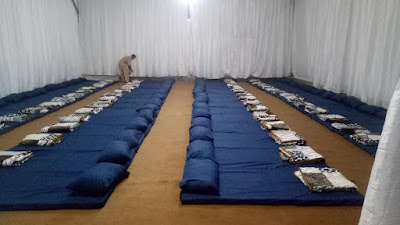 Special arrangements have been made for the comfortable stay of the pilgrims who are expected to be in the excess of 10,000.

For this purpose nine beautiful canopies have been installed which will remain a permanent structure.

The Gurdwara is of great significance for Sikh community and has been refurbished in a record nine month time as a first phase of the project. In the second phase, the Gurdwara will be further expanded.

The government has assigned the country’s reputed caterer and event manager, Amir Rajput, for lodging and boarding of visiting pilgrims.

The Amir Rajput Group has been acclaimed as one of the most respected and trusted names in the hospitality sector and they have a carved a niche for themselves for quality, service and reliability.
Posted by Chief Editor at 5:45 PM Links to this post