The Federal Minister of Maritime Affairs, Ali Zaidi, called on the Chinese Ambassador, Yao Jiang, in Islamabad and discussed cooperation in the field of maritime and shipping industries between the two countries. 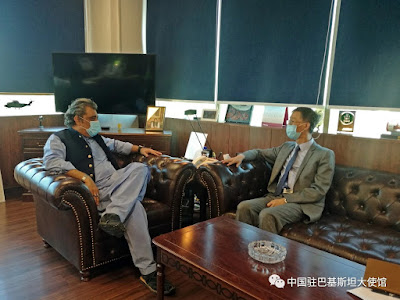 The Minister positively evaluated China's anti-epidemic achievements, and thanked the Chinese government and people for their wholehearted assistance and support in the fight against the New Coronary Pneumonia epidemic, according to a statement issued by the Chinese Embassy.
“The epidemic is currently spreading in Pakistan but the Pakistani government has taken active measures to ensure the smooth flow of goods in and out of major ports,” the Minister remarked.
“Pakistan accords great importance to the projects of the China-Pakistan Economic Corridor (CPEC) and we are willing to enhance cooperation with China in the areas of port construction, marine transportation, fisheries and other fields within the framework of the CPEC to accelerate the economic development of coastal areas and benefit the Pakistani people,” he added.
Ambassador Yao thanked the Pakistani side for supporting China's anti-epidemic drive and said that China and Pakistan remained true friends in trouble and good brothers who shared the same difficulties.
“China is willing to work closely with Pakistan to jointly cope with the epidemic challenges,” he reiterated while appreciating the Pakistan government's provision of port logistics services in the context of the epidemic.
“The China-Pakistan cooperation in the marine field is progressing smoothly and the two sides have broad prospects for cooperation under the framework of the Belt and Road initiative. China is willing to strengthen cooperation with Pakistan in the marine field and promote the common development of the two countries,” the Ambassador said.
Posted by Chief Editor at 8:56 PM

People around the world have been passing through lockdown environment and confined themselves to their residences, but for how long? 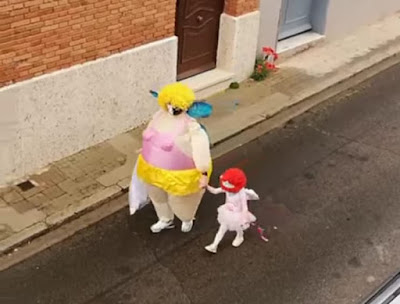 As there is no definite answer yet, many people have find out alternative to consume the time and keep themselves busy.
The same way a dad in Puertollano, Spain, takes the trash out with his daughter in different costumes every day and videos of the duo have gone viral online recently.
In order to entertain his three-year old daughter Mara, who got bored during quarantine, Jaime Coronel cherished the opportunity to take the trash from his home to the street, dressing up as a different character each time.
First, Jaime went alone in costume and was successful on the internet. After the Spanish government allowed the children to leave the house as well, the man went on to take his daughter with him. 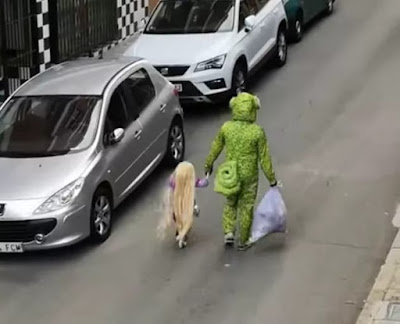 He did this at around 8 pm when neighbors went to the windows to applaud for the health professionals in the country.
It all started while Jaime organized the pantry and came across Olaf's fantasy. When Mara saw it, she wanted to put on Elsa's. That day, they played with the costumes they had worn in the past at carnivals and Halloween parties.
"When it came time to applaud the health workers, I thought ‘why not go out in costume to put the garbage out?” the father said.
Since then, they have appeared in costume of characters ranging from Frozen, Rapunzel and Pascal, Dragon Ball, Spider-Man, Beauty and the Beast, Batman and Wonder Woman, among others. The tours also became a round around the block, not just to take the trash.
Posted by Chief Editor at 8:55 PM

Sindh, which is dealing with its own fast-growing number of COVID-19 cases and related death toll, reported two more deaths among Pakistanis returning infected with the viral from abroad on May 16, taking the tally of such deaths to four in last five days, according to official reports.
A Sindh Health department’s daily COVID-19 summary said that deceased male patients, who not residents of Sindh, were aged 35 and 55 years respectively. 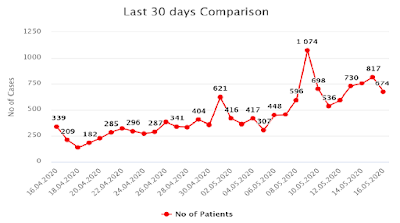 Earlier, two coronavirus stranded Pakistanis lost their lives at Karachi, their port of landing, on May 15 and May 12. They included a man aged 22 and a woman aged 61 years, who were also not the residents of Sindh province.
In the meantime, the official summary confirmed infections among 11 more among 11 out of province resident, taking the tally of the infected stranded Pakistanis to 742, who returned from recent inbound flights.
According to a government official, the out of province residents were people arriving to Karachi by flights, who happened to live in other provinces.
“Since majority of the international flights are coming to Karachi everyone living abroad is taking the Karachi bound flight, who upon return, have to observe the prescribed SOPs and as such many of them test COVID-19 virus positive,” the official elaborated.
The breakdown of corona infected people suggested that infections among the Pakistanis returning from abroad constituted five per cent of the total COVID-19 positive cases of Sindh. However, the official report was silent about the rate of infections in the cases of residents of Sindh returning from abroad any detail of death, if any.

A keen observer remarked that detection of infections in hundreds of Pakistanis landing at Karachi and other ports in hundreds spoke a lot about the “quality of preventive measures and treatment different countries have been ensuring in the case of foreign residents.”
The challenges for Sindh, already upset due to resources scarcity, increase further when it needs to quarantine Pakistani repatriates in a large number, the observer lamented.
The health department summary revealed another 11 COVID-19 deaths recorded in Sindh during the last 24 hours ending at 8 am on May 16.
As many as four deaths of women, aged from 51 to 88 years, four men, aged from 39 to 90 years occurred in Karachi, while a 60-year-old man died at Hyderabad, a 35-year-old woman at Mirpurkhas and a 40-year-old man died at Larakana, taking the tally of deceased COVID-19 patients to 268.
In the meantime, another official report said that 10 of the 13 persons died on ventilators in the last 24 hours. In all 4,467 new tests were conducted, out of which 674 samples tested positive for coronavirus.
Karachi reported the maximum number of 559 new cases, followed by Hyderabad (55 cases), Sukkur (11), Khairpur (6), Kambar Shahdadkot (6), Sanghar (4), Larkana (3), Jacobabad (3), Tando Mohammad Khan (3), Kashnore (3), Matiari (2), Shaheed Benazirabad (2), Ghotki (2), while Thatta and Jamshoro reported one case each.
Sindh’s total number of coronavirus tests rose to 117,860, out of which 15,590 samples tested positive.
Posted by Chief Editor at 8:52 PM 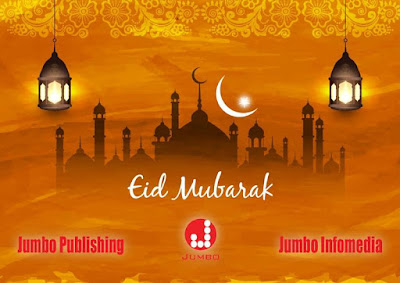 The Federal government has notified six-day holidays for Eid-uul-Fitr, starting from May 22. Eid will be celebrated on May 24 or 25, depending on sighting of the moon.
The Ministry of Interior, Government of Pakistan, issued the notification in Islamabad on May 16, according to which May 22 to 27 shall be public holidays on the occasion Eid-ul-Fitr 2020.
The communication further stated that during the upcoming holidays all businesses, public places, community markets and shops will remain closed while only essential items’ shops and medical services/medical stores, as already notified, will remain open.
There were speculations that the federal government might consider announcing an extended 10-day Eid break to offset effects of coronavirus (COVID-19) but the notification from the Ministry of Interior has dispelled such thoughts.
Posted by Chief Editor at 8:51 PM 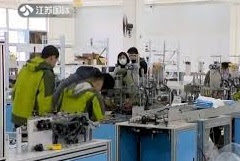 The production line, routed through the Pakistan Embassy in Beijing, has the capacity for fully automatic production. Each machine can produce 100,000 masks per day, according to Qin Ping, General Manager of Xunyike, located in Xiangcheng District of Suzhou. It can also ensure remote data collection, debugging and maintenance services by giving operating instructions in Suzhou.
“There is no mask industry in Pakistan, so we are donating the production lines to help Pakistan build the mask industry,” Qin Ping was quoted as saying during his interview with the Economic Daily-China Economic Net.
“When the Hubei epidemic broke out, we donated some masks to Hubei province. Later, outbreaks in foreign countries began to occur in large areas. We also wanted to donate some masks at the beginning. However, our company did not originally produce masks. It was difficult to buy masks at that time. We decided to donate a mask production line,” he added.
“Pakistan is closer to us and one of the countries with better relations. Considering the opportunity to do some communication in the future, I chose to donate to Pakistan,” Qin Ping disclosed.
“We initially considered donating a complete, fully automatic (mask production line), but considering that Pakistan itself does not have a mask industry, we later handed over relatively easy-to-operate semi-automatic equipment, at least to ensure that export masks can be produced immediately,” he explained.
Posted by Chief Editor at 8:49 PM

By Masood Sattar Khan(Pakistan News & Features Services)
The government of Pakistan has allowed two-way bilateral and transit trade with Afghanistan, the Khyber Chamber of Commerce & Industry announced in a communication issued on May 15. 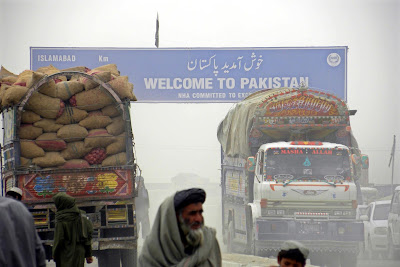 Matters pertaining to taxes and duties for Special Economic Zones (SEZs) came under discussion at the parliamentary committee on the China-Pakistan Economic Corridor (CPEC). 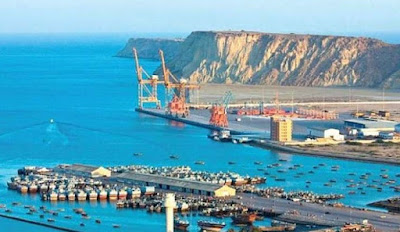 It was held that issues pertaining to taxes and duties of three SEZs namely Rashakai, Dhabeji and Faisalabad to be taken up with the State Bank of Pakistan (SBP) and the Federal Board of Revenue (FBR).
The committee advised the Board of Investment (BoI), the FBR and the SBP to resolve issues of these special economic zones on a priority basis so that the early harvest projects could be ready for economic activities.
The committee was chaired by MNA Sher Ali Arbab and was briefed by the Chairman of the National Highway Authority (NHA) about the ongoing and completed infrastructure projects under the CPEC.
The chairman directed that every provision and concession, facilitating industrial growth and import substitution and leading to export-based industry, may be made available.
Noor Alam Khan, Sadaqat Ali Abbasi, Umer Aslam Khan, Khan Muhammad Jamali, Zille Huma, Ahsan Iqbal Chaudhary, Sardar Ayaz Sadiq, Mehnaz Akbar Aziz, and Muhammad Aslam Bhootani were among those having attended the meeting.
Posted by Chief Editor at 8:37 PM