The Pakistan Readymade Garments Manufacturers and Exporters Association (PRGMEA) has received an overwhelming response so far from the Pakistani exhibitors and about 70 per cent stalls have already been booked for the 2nd edition of the Made in Pakistan Expo 2014 being held in Mumbai, India, from August 31 to September 5, 2014 subsequent to the success of the inaugural edition of MIPEM 2014 held from April 3 to April 7, 2014 also at Mumbai.

The single country exhibition aims to provide a platform to the Pakistan based companies, for showcasing their range of products and services to the Indian public and business community.

The exhibition will also be contributing in promoting Pakistan-India economic relations by diversifying the existing trade patterns thus introducing a wide range of quality Pakistani products in the Indian market with prominent business and trade sectors.

The PRGMEA Chairman, Arshad Aziz, said that if all goes well then the event is likely to fetch at least $600 million export orders as compared to $400 million received in the inaugural edition.

He said that the Pakistani garments especially ladies wear and lawn are in great demand in India and the long term business deals among the two countries will flourish the bilateral trade and Pakistan’s value-added sector could be given big boost. It’s the time when India should be considered as an opportunity than a threat to our Industries. 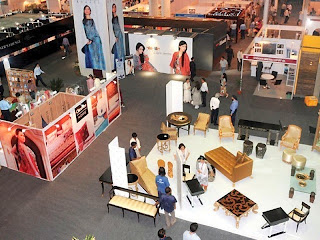 While spelling out details Arshad Aziz said that the 2nd edition of ‘Made In Pakistan Expo’ which would be held in Mumbai with the aim to promote Pakistan’s garments and clothing in the neighbouring country has been duly endorsed by the federal ministries of commerce and textile.

He added that PRGMEA has arranged B2C and B2B meetings between the Pakistani exhibitors and manufacturer with Indian buyers and trade delegation would also visit India in the sidelines so that Pakistan exhibitors could avail maximum benefit from the event.

He said that beside readymade garments, fashion clothing, and home textiles, handicrafts, marble items, food items and other goods would also be displayed in the event.

Arshad Aziz remarked that Pakistani value-added sector will get this regional market in real term when Indian government removes all hurdles on Pakistan’s exports. PRGMEA has acquired 25,000 square feet space in World Trade Centre in Mumbai and it is expected that over remaining stalls would be booked in next couple of days.
Posted by Chief Editor at 5:18 PM

2nd edition of Made in Pakistan to be held in September 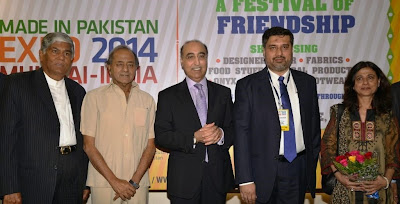 The 2nd Edition of “Made in Pakistan” exhibition is scheduled to be held in Mumbai from August 31 to September 5, 2014. This was announced by the Chairman Pakistan Readymade Garments Manufacturers and Exporters Association (PRGMEA), Arshad Aziz, during a press conference at PRGMEA House in Karachi on May 3.

He disclosed said that following overwhelming response from the Pakistan exhibitors and Indian buyers at the 1st Edition of MIPEM 2014 held from April 3-7, 2014 at World Trade Centre, Mumbai, PRGMEA in collaboration with Evecon they have scheduled to hold the 2nd edition of ‘Made in Pakistan Expo Mumbai’ from August 31- September 5, 2014 at the World Trade Centre Mumbai, India.

Arshad Aziz said that Pakistani exhibitors made an estimated sale of Rs400 million in just five days. He said that as many as Rs200 million’s contract were also signed by the exhibitors while one of the brand “Khaadi” is negotiating to open up its outlet in Mumbai while some spice manufacturers has decided to appoint its dealer due to massive demand of Pakistani spices in India.

He revealed that the no untoward incident was happened and everything sailed on smoothly, adding that the 2nd Edition of MIPEM 2014 (from 31st August to 5th September 2014) will help Pakistani products in fetching world’s largest consumer markets.

It will introduce high quality Pakistani products infused with rich culture to Indian business community and people at large and at the same time provide top Pakistani enterprises with a platform to meet Indian authorities and discuss trade-related issues.

The main feature of the event and my thrust would be on arranging meetings of our exhibitors with their Indian counterparts so that they could procure long-term export orders especially for the readymade garments and other fabrics that’s why the PRGMEA has initiated this venture and is trying to establish this event as a regular feature in India.

He recalled that in the past, Made in Pakistan shows have been quite successful amongst the residents of Mumbai and the visitors’ turnout was enormous, estimated to be 18,000 to 20,000 footsteps daily, and the exhibitors returned satisfied to breakeven the expenditure the exhibitors will be allowed to spot sale.
Posted by Chief Editor at 3:56 PM