Sindh, having shown sharp rises in coronavirus count in last one week, did not report any significant patient discharge rate so far as the health authorities declared on May 5 that they cured 42 patients in the last 24 hours while the death toll for the day was 11, the second highest after April 30 when the province reported 12 relevant deaths.
As per the official COVID-19 data, 2,898 fresh COVID-19 cases were reported in the week (April 29-May 5), while only 708 patients, including pilgrims and members of tableeghi jamat at Sukkur, could recover from the diseases during the same period. The recovery figures remained 206 on April 29, 53 on April 30, 78 on May 1, 41 on May 2, 214 on May 3, 74 on May 4 and 42 on May 5. 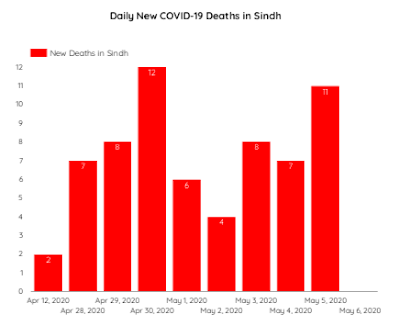 Keen observers said that on average 101 COVID-19 patients were being declared cured per day in comparison to 414 new cases on the seven days in question.
The official data showed the recovery rate just about 20% for Sindh as a whole against the country’s about 26.5% on April 5.
Referring to the international trend of recoveries, the experts said that ideally the COVID-19 patients may take a maximum two weeks, excepting extremely critical ones or comorbidity cases.
It’s now time that Sindh should ensure the number of its cured patients matching to the number of patients who were admitted in the system on a daily basis over two weeks back on April 16 to 19, when the daily intake of infected patients on average was 224 patients.
According to the Sindh health department data on coronavirus, released on May 5, the province reported another 307 new cases, taking the tally of positive cases to 8,189, while the overall number of recovered patient remained 1,671.
In all eleven patients died of COVID-19 in 24 hours ending at 8 am on May 5; nine patients including a female lost their lives at Karachi, while a male passed away at Sukkur and Sanghar, taking the tally of deaths across the province to 148. Sanghar reported its first death due to coronavirus, a 43-year-old male, while other deceased persons were aged from 26 to 80 years.
Expressing concern over the deaths among patients aged from 20 to 50 years and low rate of patients’ recovery, a health practitioner said that such demises were alarming and hinted a review of the type and quality of treatment being provided to the infected people.
Taking deaths of young people of 20 to 50 years in to account, the practitioner stressed for conducting autopsies and analyzing the findings.
As many as 253 new cases were reported in Karachi, followed by Khairpur (21), Kashmore (13), Larkana (8), Hyderabad (5), Sukkur (3) and Badin (2), while Shaheed Benazirabad, Sanghar, reported one new case each.
Overall 2,250 people were tested, taking the tally of such people to 68,873 across the province since February 26 when the first COVID-19 case was reported here.
Posted by Chief Editor at 9:05 PM

By Syed Sajid Aziz in USA(Pakistan News & Features Services)
The Pakistan community, under the auspices of the Pakistan American Chamber of Commerce (PACC), will be holding food distribution drive in the city of Artesia, located in the state of California, on May 9 to facilitate the COVID-19 victims. 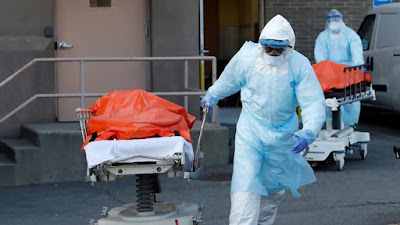 According to the details, the event is being organized by the Community Coronavirus Taskforce Group. The venue will be the Artesia Park at Clarkdale Avenue in Artesia Community the timings will be between 1 pm to 5 pm.
The drive will take place in the east parking lot at the corner of Elaine Street and South Street. More information could be obtained by dialing 310-424-3686 or accessing the website www.lacovid19care.com.
The members of the Pakistani community have been communicated that if they or anyone they know was in need of food, they will have packages available through a contact free drive through service. No registration was required and the recipients have been requested to bring their cars with a space in their trunks to accommodate food items.
Waqar Ali Khan, Chairman, PACC, and Fatima Khan, Vice President, (PACC), who is also the Project Incharge, have spearheaded the task of providing food items to those having been affected by COVID-19.
They have acknowledged the support of Mayor Ali Taj and staff of City of Artesia besides the corporations and the organizations having contributed in making the food distribution drive possible.
Posted by Chief Editor at 9:02 PM

By Masood Sattar Khan(Pakistan News & Features Services)
The Chinese Ambassador in Pakistan, Yao Jing, while extending greetings for the holy month of Ramadan, expressed the confidence that the Pakistani people will overcome the challenges posed by coronavirus (COVID-19).

“As the holy month of Ramadan has begun, my dear Pakistani brothers and sisters I wish you Ramadan Mubarak,” Ambassador Yao Jing remarked. He said that the Chinese government and its people have extended all possible assistance to the government and people of Pakistan to overcome the challenges of coronavirus.
Several Chinese medical teams along with doctors and nurses have been working round the clock for containing this virus for the past few weeks.
“I pay my tributes to the sacrifices and efforts made by the Pakistani government and the people in fighting the virus. At this critical moment, I believe under the able leadership of Prime Minister Imran Khan and the government of Pakistan as well as its nation will finally overcome this challenge,” he hoped.
“I would like to once again present my sincere best wishes to whole Pakistani nation for a safe and happy holy month of Ramadan,” the Ambassador wished.
Posted by Chief Editor at 9:01 PM

Pakistan News & Features Services
Oman has announced that it is going to end the academic year without third term exams as May 7 will be the last day for public and private schools, according to the Supreme Committee for Dealing with the coronavirus (COVID-19). 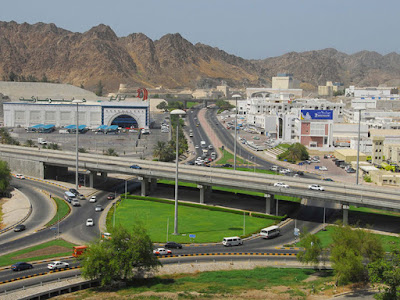 “It was decided to end the academic year for all students in public and private schools, on Thursday, May 7, 2020, the last day of the school year,” the Supreme Committee ordered.
The Supreme Committee has also authorized the Ministry of Education to adopt the appropriate alternative to calculate the results of students and the mechanism for re-studying in grades one to 12 and the equivalent.
Meanwhile the lockdown in Muscat, Wilayat Muttrah and Jalan Bani Bu Ali has now been extended until May 29 according to the report on Oman Television.
“The Muscat lockdown was supposed to end on May 8 but now it has been extended until May 29,” the television report said.
Posted by Chief Editor at 8:59 PM