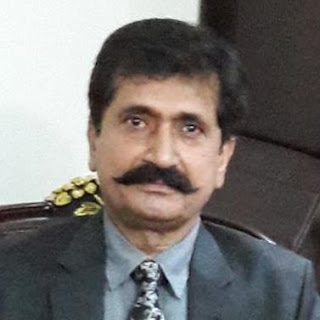 The Mobile Emergency Healthcare Unit (MECHU) project of Government of Sindh’s Special Initiative Department (SID) has already treated well over 20,000 patients free of cost in the various districts of the province in less than one year duration.

The MECHU, which had commenced operations in June 2016, has treated more than 22,000 patients in a matter of 10 and a half months and it expects to serve larger number of people with the acquisition of more resources in future.

In the ADP 2014-15, the SID of the Government of Sindh had initiated the MECHU project for the welfare of the people.

The project envisaged procurement of 16 mobile hospitals which became operational by June 2016 to provide free medical treatment and facilities to the inhabitants of remote and far-flung areas of the province on a regular basis besides playing its role in calamities.

The operation of the units was outsourced to a private organization, having more than decade long experience in medical equipment and management services. They have been entrusted with the responsibility of overall operation of the mobile hospitals including provision of free medicines.

The MECHU Project Director, Sardar Abdul Nabi Thaheem, who is serving as the Senior Chief in the Planning and Development department of the Government of Sindh, has played the key role in the overall management of the venture to make it a success story from the outset.

Abdul Nabi Thaheem, also the President of The Petarian Association, a representative body of the former students of the famed institution, Cadet College Petaro, has been chiefly responsible for running the project with missionary zeal with the help of his dedicated team.

“The facilities in our Mobile Hospitals include complete diagnostic and treatment facilities with free medicines. Besides the laboratory test facilities, they also provide X-ray and ultrasound facilities. Minor general surgery as well as minor gynecology surgery is also performed there,” the MECHU Project Director revealed.

“We had set targets of 25,000 to 30,000 patients and conducting approximately 10,000 laboratory tests per month. We are happy to have met these targets from the outset. As all our activities are monitored on day to day to basis we are in a position to know where we stand at the end of every day. It’s very satisfying to be able to provide free basic health facilities to the needy at their doorsteps and also arrange for their medicines free of cost,” Abdul Nabi Thaheem reckoned.

“Fully computerized data of the patients being treated under the MECHU project is being maintained for monitoring purposes. The project is also proving useful in creating awareness and educating the people in the rural areas about the importance of health,” he added.

Currently the MECHU hospital units are working in the districts of Tharparkar, Dadu, Thatta, Badin, Jamshoro and Shikarpur. They had also taken part in attending to the victims of the tragic attack on the shrine of Hazrat Lal Shahbaz Qalandar in Sehwan a couple of months ago.

The mobile unit of MECHU which was stationed in Sehwan and operating in a nearby village was rushed to the spot and it had provided timely and full rescue assistance alongwith through its medical male and female staff besides arranging medicine for the Taluka Hospital administration.
Posted by Chief Editor at 4:42 PM Links to this post