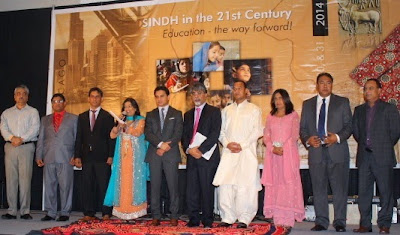 The 30th annual convention of the Sindhi Association of North America (SANA) held at the Westin O’Hare Hotel in Chicago, USA, turned out be a memorable experience. The three-day event concluded with the mesmerizing performance of great Sufi vocalist, Jamal Din Fakir, and popular singer, Sanam Marvi.

Hundreds of Sindhi-speaking participants, having gathered from the different parts of the world to attend the event, left the scene with wonderful memories and soaked eyes and with firm commitments to meet again next year.

It was a great event not only for Sindhis of North America but for the entire Chicago as well when the Sindhi Music echoed in the air of the vibrant city where around 800 families, majority from US and Canada, enjoyed get together in this social and cultural organization’s annual moot.

Sanam Marvi set the tone for the memorable musical evening with her pleasant voice and popular dhamaal. Jamal Din Faqir, regarded as soul of Sindh music, also performed very well and received warm applause. The fun continued until the wee hours of the following day, arousing love for the land of Sindhis known as Indus Valley of civilization, one of the most ancient in the world.

This 30th Chicago convention of SANA surpassed all previous records in all respects including participation, service, meaningful activities and fun. More than 800 peoples participated in this convention from all over the world. 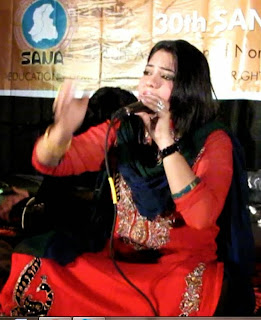 A delegation of Pakistan Hindu Council, led by Dr Ramesh and Chella Ram, also participated in event on behalf of minorities of Pakistan.

Before starting grand musical show, the concluding ceremony was conducted by President SANA, Jamil Daudi who offered his sincere thanks to all those who work untiringly to make the event successful.

On this occasion, the known writer, Noor-ul-Huda Shah, spoke emotionally and said that the Pakistan and Sindh particularly is facing huge challenges in terms of illiteracy and poverty. She called upon all for efforts to save Sindhi language and culture through quality education. She said that those who not played role in this regard, will not be pardoned by the history, and stressed upon every Sindhi to wake up and play vibrant role to save the legacy. 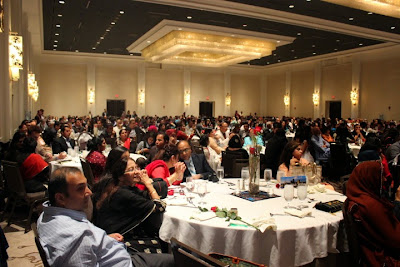 Earlier on the third and final day, two separate symposiums were held to discuss the issues of declining standards of education and socio economic development of the Sindh.

Eminent banker Jahangir Siddiqui, while opening the session, said that education is the way to eradicate poverty, and way to bring nation on the path of literacy on fast track based is to train and develop human capital.

Renowned economist and scholar Dr Kaiser Bengali, in his speech, suggested ways to bring improvements which include hiring and firing the teachers.


Sadiqa Sallahuddin gave presentation on the current scenario of education and highlighted the shortfalls. She also briefed the symposium participants and SANA members about her educational project running formal schools in the different parts of Sindh under the name Indus resource Centre.

Gull Muhammad Rind, a former Federal Secretary Education, commended SANA on its endeavor for development of Sindh and said that after retirement, he has started educating nation through schools because he thinks that education is necessary for every child and must for every Sindhi child.

Professor Dr Mubarak Shah advised the Sindhi people to work hard and extend maximum opportunities to youth particularly to girls. The second day of convention also had marathon sessions in which the SANA members as its general body meeting presided over by Jamil Daudi.

The most significant part of the general body meeting was about the progress report of SANA projects including Sindh School System (SSS) Project headed by Dr Aijaz Turk, who announced a pledge of $100,000 whereas Dr Waleed Shaikh, Dr. Khalil Memon also announced $100,000 each while $55,000 were announced by Humaira Rehman.

In this project, model schools will be developed to promote quality education for poor and brilliant children in Sindh, and the Government of Sindh has initially agreed to handover around 70 schools to SANA under school adoption and public private partnership policy.

The morning of convention’s second day had started with a session “Sindhi Women in 21st Century”. On this occasion the SANA Vice President, Shahida Soomro, talked about “Historical Role of Sindhi Women in SANA” and said that without the active participation of women, no any nation can flourish and move fast on the path of progress and prosperity.

Professor Sahar Imdad discussed dreams of the Sindhi women and said that Sindhi women have been playing a vibrant role not only in the development of their families but they have been role model in the Pakistani society and politics as well.

Another main speaker Sobhya Agha highlighted the strategies to encourage women participation in various national and international organizations by providing space to them. She spoke about building connections across lines of social and economical classes and show women that some of their hesitations with public voice are shared.

The noted writer and intellectual, Noor-ul-Huda Shah, praised SANA members on providing their female members all possible facilities to play a vital role in family business and urged the need of more women participation in Sindh on same pattern to build an egalitarian society.

A medical symposium was organized by Dr Hafeez Abbasi in which the experts from health sector provided valuable information to the participants. On this occasion facility of medical examination was also offered free of cost.

The second day’s proceedings had ended with an amazing performance by Jamal Din Faqir whose Sufi songs rocked and enthralled audiences throughout the night and a big number of people danced on his songs.
On the opening day of the convention, after registration, a poetry session “Sindhi Mushaero” was arranged in which veteran poet Imdad Hussaini, Professor Sahar Imdad, Dr Mushtaq Phull, Sardar Shah and others enlightened the audience.
Posted by Chief Editor at 2:50 PM