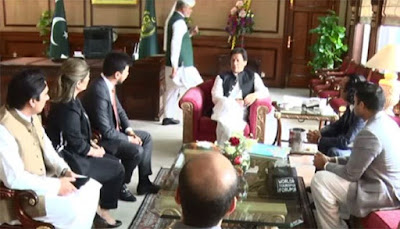 Pakistan will be playing host to the World Tourism Forum (WTF) in 2020. The decision in this regard was taken during a meeting between Prime Minister Imran Khan and a delegation of the WTF in Islamabad on August 9.

The WTF delegation was led by the President of its executive board, Bulut Bagci while the chairman of the Pakistan Tourism Development Corporation (PTDC), Syed Zulfikar Abbas Bukhari, was also present in the meeting.

Over 1,000 foreigners are expected to attend the five-day proceedings of the forum in Islamabad next year. The date of the event will be announced later.

The WTF is an Istanbul-based organization, dedicated to developing tourism around the world with its annual meetings. It was founded under Bulut Bağcı’s leadership in 2014.

The WTF principally intends to develop tourism around the world. Accordingly, it was launched in 2015 following the extensive connections in 2014.

The event is organized four times a year in global centers around the world under the auspices of the Presidency of the Republic of Turkey. It brings together global tourism leaders and tourism industry representatives. Regional meetings are held three times a year in different cities around the world, and one annual Global Meeting is held annually in February, in Istanbul.
Posted by Chief Editor at 11:41 AM 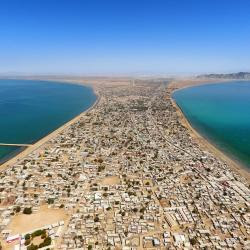 Prime Minister Imran Khan has declared that the government was making all out efforts for promotion of tourism in the country and new tourist resorts would be developed in coastal areas of Balochistan.

Maintaining that there existed great potential in different areas of tourism in the country needs to be exploited, the Prime Minister made the announcement during his meeting with a delegation of the World Tourism Forum (WTF) which called on him in Islamabad on August 9.

He informed the delegation that eight new tourism resorts would be developed in eight coastal areas in Balochistan, emphasizing that natural beauty, social values and environmental protection would be ensured for promotion of tourism.

Earlier this year, the government had announced a new visa policy for 175 countries to promote tourism and investments in the country. The visitors from these countries will be able to apply for an online visa. As per the new visa policy, e-visa facility will initially be provided to five countries namely Turkey, China, Malaysia, United Kingdom and the United Arab Emirates (UAE).
Posted by Chief Editor at 11:39 AM 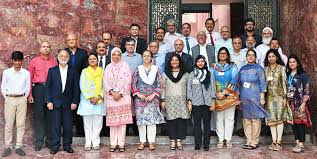 The health professionals at Aga Khan University have launched a new think tank, AKUPI-NCD, in partnership with experts from a variety of sectors, in order to recommend novel, integrated approaches to address the threat of non-communicable diseases (NCDs): the leading cause of death in the country.

Approximately 80 million Pakistanis are living with one or more NCDs, a set of chronic illnesses such as cardiovascular diseases, hypertension, cancer, diabetes, conditions caused by tobacco abuse, and mental disorders, that are predominantly caused by poor lifestyle choices and environmental risk factors such as pollution and urbanization.

Despite being the country’s top cause of death and the leading cause of poor quality of life, the country continues to pursue a fragmented approach with little coordination among stakeholders, experts said. Pakistan is far from meeting the targets set by the WHO for the National Systems Response for NCDs.

“NCDs aren’t a problem for the healthcare sector alone. These diseases have complex causes and long-lasting consequences and their costs to society extend far beyond lost productivity and stunted economic growth. That’s because of the cost of treating advanced cases of NCDs drive many families into poverty and makes them dependent on the government or other actors in society,” AKU’s Professor Zainab Samad, chair of the initiative, remarked. 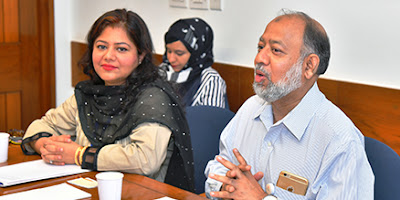 The demographics of today’s Pakistan mean that NCDs are a particularly pressing problem. Speakers noted that the majority of Pakistan’s population is under the age of 30 and warned that the coming decades could see a rising burden of these illnesses in an aging population.

“NCDs are silent killers which continue to go unnoticed. The Airblue crash of 2010 claimed 125 lives and the public attention to the tragedy resulted in immediate regulatory action. NCDs cause 14 times as many deaths every day yet there is an absence of coordinated action from government and civil society on the issue,” Professor Wasay remarked.

The think tank’s inaugural meeting brought together officials from the insurance, market research, non-profit, banking and public sector to discuss the creation of an integrated plan. The presence of this plan would demonstrate the think tank’s long-term vision and enable stakeholders to coordinate their efforts, speakers noted.

“NCDs are preventable. Efforts to forestall their onset must begin at home at an early age. As a starting point, he noted that advocacy measures should revolve around lifestyle modification campaigns in which media organizations and schools can help disseminate information about the risks posed by tobacco use, a sedentary lifestyle and poor eating habits," he said.

The experts noted that education and training initiatives can make an immediate impact in the area hypertension as the condition often goes undiagnosed until it leads to life-threatening complications such as stroke.

Commenting on research initiatives, Professor Wasay added that market research firms, insurance companies and public sector institutions all have information that can be analyzed to determine the most effective course of action for each type of NCD.

Besides pooling together data, experts noted that the establishment of a central data point would advance the study of the public health impact of NCDs.

There were a number of other experts at the event from the finance, insurance, public health and data science industries as well as representatives from the National Institute of Health and Ministry of National Health Services and Regulation.
Posted by Chief Editor at 11:37 AM